Hugh Jackman on Becoming Gary Hart in ‘The Front Runner’: ‘I Could Do Without the Wig’ 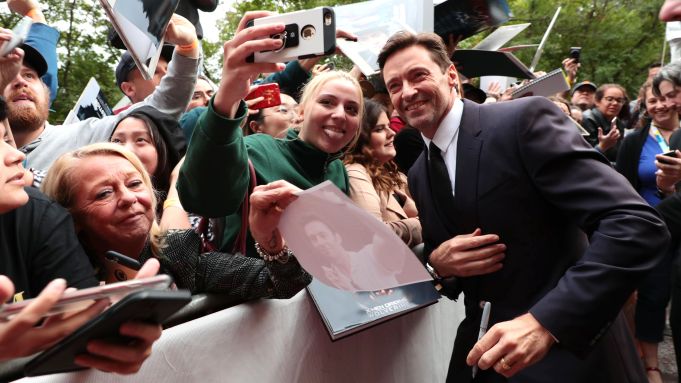 “He’s an incredible man, very sharp, fascinating, enigmatic as everybody says, and I came to respect and know him,” Jackman told Variety at the movie’s Toronto International Film Festival premiere. “I would call myself a friend and I felt a quite intense pressure and nerves.”

The drama tells the story of Hart’s 1988 presidential campaign coming to an end when it was reported that he was having an extramarital affair with Donna Rice. It is based on Matt Bai’s 2014 book “All the Truth Is Out: The Week Politics Went Tabloid.” The cast also includes Vera Farmiga, J.K. Simmons, Alfred Molina, Sara Paxton, Mark O’Brien, and Ari Graynor.

“The day [Hart] was seeing the movie, I can tell you, my phone never left my hand,” Jackman said.

He also recalled putting on his Gary Hart wig for the first time: “I could do without the wig. His hair was much better.”

As for Jackman possibly reprising Wolverine in a future “Avengers” movie, he smiled, “I don’t know anything about that.”