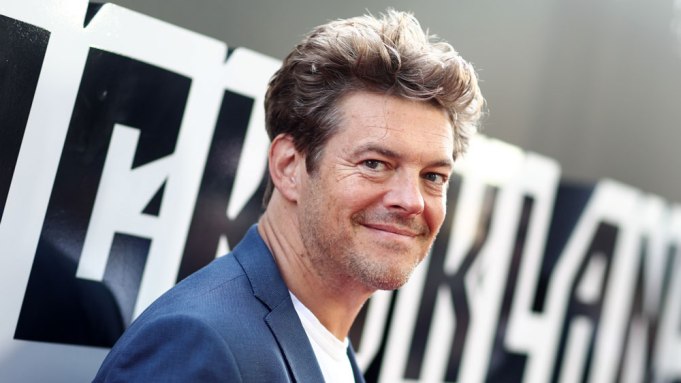 Jason Blum has made bank from things that go bump in the night. Thanks to the success of skin-crawling franchises such as “Paranormal Activity,” “The Purge,” and most recently “Halloween,” the horror maestro has slashed through a major milestone.

Blumhouse, the mega-producer’s indie film label, has officially hit $4 billion in box office revenues. Its glut of terrifying titles all carry scant production costs, making the profit margins all the more capacious. Over the past few years, Blumhouse has become synonymous with its low-budget approach to thrills. The first “Paranormal Activity” title cost just $15,000 to make and went on to gross over $193 million worldwide. “Get Out” became one of the most lucrative films of last year after generating $255 million globally on a $4.5 million budget. By keeping budgets, for the most part, below $5 million, Blum has been able to cultivate his chilling brand by delivering on the scares while saving a pretty penny and preventing the company from losing its shirt on any films that fail to connect.

And audiences haven’t tired of shelling out for a good fright. A Harvard Business School study found that Blum has produced 13 of the top 25 most profitable films in the last five years in North America, as well as 10 of the top 25 worldwide. Not everything has worked, to be sure. Blum might not love having “Jem and the Holograms” on his resume, but the list of successes is formidable. They include not just “Halloween,” but “Split,” “Get Out,” “Insidious,” and “Whiplash.”

After reaching the significant box office milestone, Blum spoke to Variety about horror’s hot streak and what makes a great sequel.

Why do you think horror is having a revival at the box office?

The world feels very unstable to people, and I think the idea of a controlled scary situation is somehow comforting when everything else is out of your control. It’s a respite from the horror in the real world. That has something to do with it. Also, the theatrical experience is really changing. Drama has migrated to television, but the horror genre really works in theaters. Even though it’s not a live event, it falls into that category of a collective experience.

What does a horror movie need to work?

We try to think like we’re making great movies, not that we’re making great scary movies. That goes for who we choose to direct and write and act, and the stories we choose. We made the mistake a few times of adhering to a formula and putting a scare every 10 minutes, that’s when we fall on our face. You get really scared when you’re really involved in what’s going on on-screen. The way to get involved is to start connecting to the journey of the characters and seeing yourself in that journey. What I’ve learned is the more original, the better. When I say original, I don’t just mean the actual storytelling, but also the people who tell the stories.

We want to do one. We have to all get together and sign on the dotted line. I’m trying to make it happen. I hope we can get the original team back together, that would be really important. And then we would push the ideas of storytelling that people don’t expect.

Do think Jamie Lee Curtis should get some awards love for “Halloween”?

I certainly hope she gets recognized for her performance in other ways than reviews and box office.

What kind of trail and error did you have to go through to perfect Blumhouse’s low-budget model?

I had to knock around in the movie business for 15 years and make a bunch of mistakes. That’s the best way to put it. It wasn’t until I was 35, and we developed that model based on the success of “Paranormal Activity,” which was the ultimate independent film released by a very traditional studio. I had one foot in the independent world and one foot in the studio world for 15 years. “Paranormal” sorted it out for me. Certainly I made a lot of missteps since then, and many more before that. I made a very expensive movie for me in “The Tooth Fairy,” which felt like the wrong fit for me. I made a handful of independent movies before I made “Paranormal Activity,” which for me, were lacking. Then I found our low-budget, wide release model on the movie side.

How did you cut costs?

The major way was we cut below the line costs. Directors and actors are all paid scale minimum, and then they participate. We’ve had the luck of making a lot of successful movies and giving a lot of people a lot of checks. Word travels fast in Hollywood, so now we have a lot easier time getting people to work for our model. If the movie works, you wind up making a lot more than you would have if you took the money upfront.

What do you look for when reviving a classic series?

We look for good characters and good mythology that you can do things with. Are the fans still talking about it? Is there an audience, and is there a mythology that’s rich enough to take it in another direction? People are cynical about it, and if you can surprise people and make a good one, it’s very satisfying. It worked on “Halloween” and I would love to put it to work on other existing IP. Two we are working on are “Spawn” and “Five Nights at Freddy’s.”

Would you do a sequel to “Get Out”?

The only way I would work is if Jordan Peele came up with an idea. There’s no other way there could be a sequel to “Get Out” because it would stain the quality of the first movie. The only way I would touch it is if the person who created it wanted to. And I’m not going to encourage or discourage him, I have not and would not put pressure on him to do it again. It would have to totally come from him.

What’s the secret to making a great sequel?

To me, sharing the spoils with the people who created the first movie is the secret. People struggle with sequels because often, they want to take the money and run. They want to hire new people and not pay them so much money. On our sequels, I make a huge effort to involve the original creators. So James DeMonaco has done every “Purge” movie. [Creator] Leigh [Wahannell] and [director] James [Wan] have worked on every “Insidious” movie. If we do another “Halloween” movie, we’re certainly going to work very hard to get David Gordon Green back. That, and continuing to keep the budgets very low so we can keep doing new things.

How are you spending election day?

I’m going to vote. That’s the most important thing. Then I’m going to be watching the results along with everyone else — which hopefully won’t be the beginning of another horror movie.