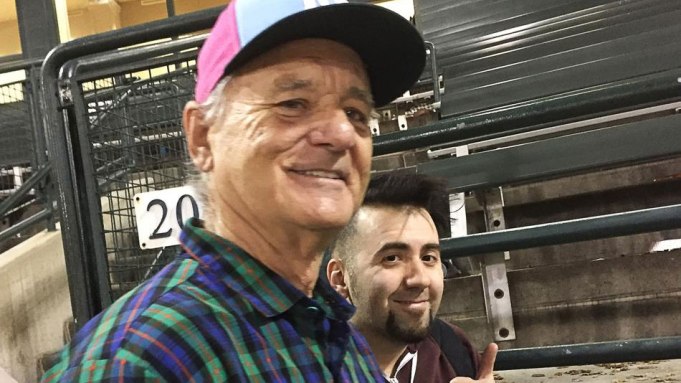 Gravitas Ventures has acquired all North American rights to the documentary “The Bill Murray Stories: Life Lessons Learned From a Mythical Man.”

The film, which premiered at the South by Southwest festival in March, features interviews with everyday Americans as they recount their memorable interactions with Bill Murray. It’s directed by Tommy Avallone, executive produced by Glen Zipper, and produced by Max Paolucci, Derrick Kunzer, Raymond Esposito, and Kevin Sisti Jr. The movie will be released in select theaters on Oct. 25 and on demand the following day.

“My friend, Brian, told me my first Bill Murray story in 2006 and I was hooked,” Avallone said. “The more stories I discovered, the more I became convinced that there had to be some deeper meaning behind Bill’s quirky interactions with everyday people. And that’s what my journey in this film is all about — my search for that deeper meaning and how it surprisingly changed the way I look at life. I hope audiences have a similarly eye-opening experience, and, of course, plenty of laughs too!”

The pic was produced by Double Windsor Films and Old Lime Productions. It contains never-before-seen footage of Murray bartending, washing dishes at parties, singing karaoke late at night with strangers, and crashing a kickball game.

“Tommy has made a quirky and hilarious documentary full of surprising revelations that explore the deep meaning behind Bill Murray’s lovable interactions with everyday people,” said Laura Florence, VP of sales and marketing. “Gravitas is excited to be partnering with him and his team in bringing this documentary to audiences everywhere.”

Nolan Gallagher from Gravitas Ventures negotiated the deal with CAA and Endeavor Content.