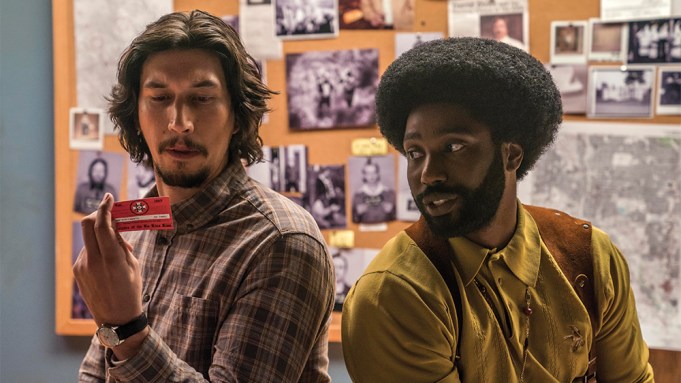 “It’s been a great morning for us,” Blum told Variety. “At Blumhouse, we focus on making relevant stories that often tackle tough subject matter but, at the same time, please audiences.”

The recognition comes as Blum’s production company, Blumhouse, has moved more heavily into the television space. “Sharp Objects” kicked off a new era for Blumhouse, one in which the production house will focus more on small-screen prestige fare. Future projects include “The Loudest Voice in the Room,” about disgraced Fox News founder Roger Ailes, and “Devil’s Bargain,” an insider account of Steve Bannon and Donald Trump’s political alliance.

Blum made a name for himself producing low-budget horror hits such as “The Purge” and this year’s “Halloween.” But he’s also dabbled in other genres, releasing the Oscar-nominated “Whiplash.” Blum’s “Get Out” was an Oscar and Golden Globe nominee.

In an interview with Variety last summer, Blum said he was very interested in political subject matter, believing the current Beltway scandals are more frightening than the latest “Purge” sequel.

“Roger Ailes scares me,” Blum said at the time. “Steve Bannon scares me.”

“BlacKkKlansman,” a satirical drama about a black police officer who infiltrated the Ku Klux Klan, is very much in the ripped-from-the-headlines vein. It landed four nominations, including best drama, best actor for John David Washington, best director for Spike Lee, and best supporting actor for Adam Driver.

“Spike’s movie, based on a true story, entertains, educates and most of all, enlightens at a time when the world needs it most,” Blum said.

“Sharp Objects” aired last summer on HBO and centers on a reporter who returns to her hometown to cover the murders of two young girls. It picked up three nominations — best television limited series, best actress for Amy Adams, and best supporting actress for Patricia Clarkson.