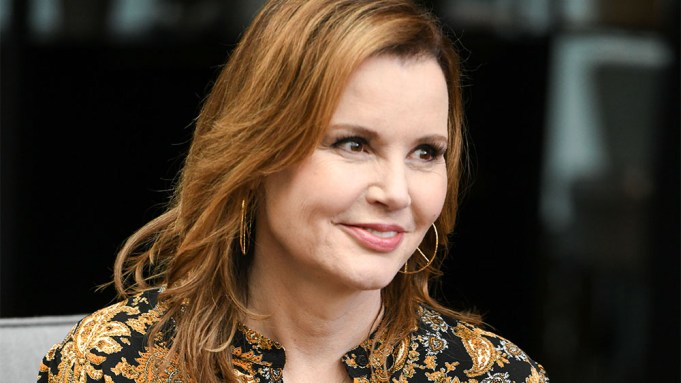 Geena Davis and filmmaker Tom Donahue sat down at the Variety Studio presented by AT&T at TIFF to discuss Donahue’s new documentary film “This Changes Everything.”

The film explores the insidious and systemic sexism in Hollywood through the voices of celebrities like Davis, Meryl Streep, Sandra Oh, Jessica Chastain, and many other ambassadors of the #TimesUp movement. Its premiere is particularly timely, as just this week, Olivia Munn outed Fox and “The Predator” director Shane Black for casting Steven Wilder Striegel, a registered sex offender, in the film without the cast and crew’s knowledge.

“When I called, (Fox) was silent for two days,” Munn told Variety’s Jenelle Riley at the Toronto Film Festival.

“I did have to reach out again and say I didn’t feel comfortable presenting at the MTV Awards with Keegan (Michael Key) unless this guy was out of it.”

Fox cut the scene featuring Striegel, in which his character hit on Munn’s character.

Davis, a longtime champion of women’s rights who founded the Geena Davis Institute on Gender in Media, agreed that cutting the scene was the right move.

“I think they reacted appropriately,” she said. “I think that was an unfortunate circumstance.”

Davis said that she’s felt scared to speak up on sets before.

“I think it’s Marisa Tomei in [‘This Changes Everything’] who talks about, when is it gonna be okay for me to say what I need and what I want and spending so much time on, I don’t want to speak up or is it gonna be okay if I say I want to change this line, should I say this is making me uncomfortable,” she said. “It’s really gone with the territory in my life. I think about things that happened 20 or so years ago where, if it happened now, I’d be like, ‘Excuse me, I’m sorry, that’s not appropriate.’ And I was so not that person before I felt you couldn’t be, you shouldn’t be.”

Davis on Saturday gave a speech at the #ShareHerJourney rally at Toronto, which called out the lack of women’s representation in Hollywood, particularly for women of color.