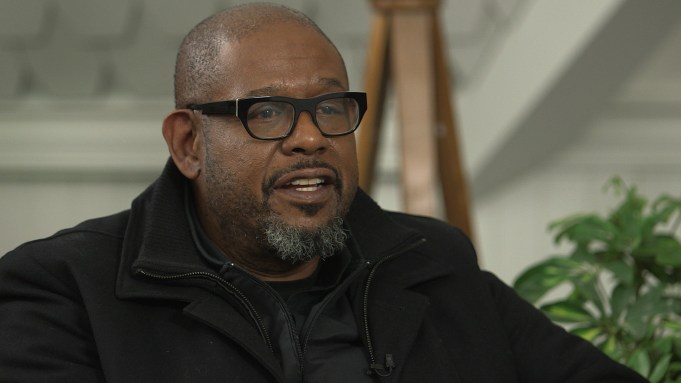 “Black Panther” hits theaters next month, but the comic movie is already one of the most anticipated films of the year, breaking pre-sales records as Marvel’s fastest-selling movie in the first 24 hours.

Forest Whitaker, who stars in the film as Zuri, says “Black Panther” is resonating early with moviegoers because the film is bringing something new to theaters, especially in the superhero drama genre.

“It’s a unique piece. It’s a multicultural piece. I think people are waiting to find something new,” Whitaker said on Sunday at the Variety Studio at the Sundance Film Festival, where he was on hand for his film “Burden,” which premieres Sunday in Park City, Utah.

“This superhero from Africa who is in this society and trying to fix the world is something that hasn’t been seen before,” Whitaker added. “I think Ryan [Coogler] is a great director so there’s always going to be some social conscious inside of it. … And at the same time, the action is something we haven’t seen before.”

Whitaker revealed that the first time the cast screened the film together, some people cried from excitement.

“The first time we saw it, just as a cast, after it, everybody leapt up to their feet — literally some were in tears, they were so excited about what was actually occurring. I think people have that same excitement around the movie. I’m expecting something great, and something great for Ryan.”

Check back later for Whitaker’s full interview from Sundance with his “Burden” cast.