Continue to Variety SKIP AD
You will be redirected back to your article in seconds
Jul 21, 2018 11:44am PT 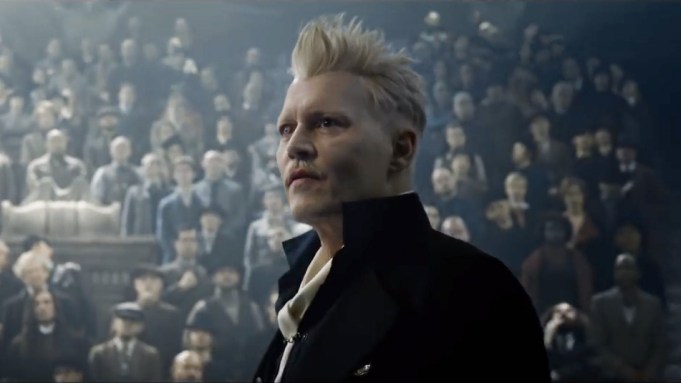 Harry Potter fans will get more insight into the early days of the legendary showdown between Professor Dumbledore and Gellert Grindelwald from the upcoming “Fantastic Beasts: The Crimes of Grindelwald,” a new trailer out of San Diego Comic-Con promised Saturday.

“I can’t move against Grindelwald,” Dumbledore tells Newt. “It has to be you. In your shoes, I’d probably refuse too.”

The trailer promises the return of several characters from “Fantastic Beasts and Where to Find Them,” as well as the introduction of numerous new magical creatures and enigma Nicolas Flamel, an alchemist who famously succeeded in creating the Sorcerer’s Stone.

David Yates is returning to direct the film from a script by J.K. Rowling. Rowling was forced to defend the casting of Depp as Grindelwald after accusations of domestic violence against Depp by his ex-wife Amber Heard caused fans to call out his involvement in the series.

“Fantastic Beasts: The Crimes of Grindelwald” will hit theaters Nov. 18.