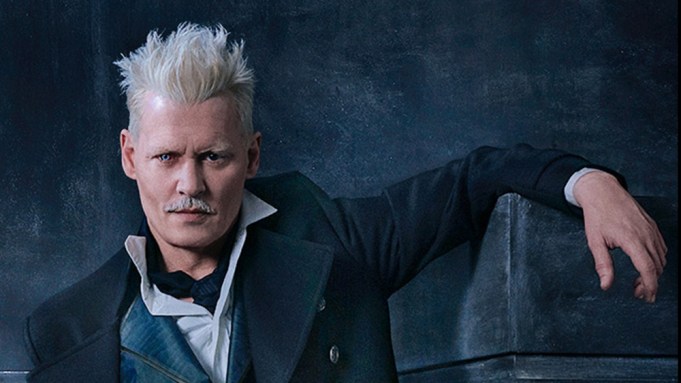 This Friday marks the release of “Fantastic Beasts: The Crimes of Grindelwald,” a Warner Bros. sequel derived from characters created by J.K. Rowling in her blockbuster boy wizard books. In its brief but feverish promotional life, the film has been burdened with bad headlines that could sink a movie.

Here’s a recap of some of the headwinds facing the Potter spinoff. Depp, who plays the titular dark wizard Gellert Grindelwald, has been accused by his ex-wife Amber Heard of physical abuse — an allegation he denies. He also consented to a lengthy Rolling Stone interview, in which he smoked hash and appeared to indulge in harder drugs, drank oceans of wine, and made a boozy forensic accounting of his declining personal fortune. And if issues with the mercurial actor weren’t enough, “The Crimes of Grindelwald” faced a middling critical consensus and a backlash over purportedly racist undertones to a new character.

The good news for the studio? The diehards don’t seem to care.

Fandom, a global content brand that partners with and manages fan wikis, saw a considerable uptick in interest over “Crimes of Grindelwald” from its predecessor “Fantastic Beasts and Where to Find Them,” despite the forces that have conspired against the followup.

“What these fans are focused on is the deep, deep world of lore. Press and other external factors — good, bad, or indifferent — it doesn’t effect the world of the film for them,” Angelina Fadool, Fandom’s director of content operations, told Variety.

To conjure the numbers: Fandom estimates their Harry Potter wiki generates 21 million page views per month. Search traffic is up 27% from film-to-film, specifically surrounding the release of their respective first trailers. “Grindelwald”‘s initial preview debuted in March, and the final teaser was released at the end of September, where interest was up 21% over the first movie.

In between March and September, Depp took the stage at San Diego Comic-Con in July as Grindelwald. He appeared in costume and delivered a rousing speech to Hall H in character, only minutes before Heard appeared to plug her role in “Aquaman.” Media coverage was largely about the couple sharing the stage.

Negative reception for the Depp stunt may have led to his benching for much of the remaining press tour — he has graced nary a premiere carpet or the hallowed brick lanes of Universal Studios’ Wizarding World of Harry Potter until the installment’s very last premiere on Monday in London. But the character? Gellart Grindelwald was the most popular Fandom page for the month of October, trailed by Tom Riddle (a younger version of “Harry Potter” antagonist Lord Voldemort) and the spinoff series’ lead, Newt Scamander (played by Eddie Redmayne).

The film is expected to earn between $65 million and $75 million at the domestic box office this weekend, with a global haul around $250 million. If estimates hold, that would represent a better start than its predecessor, “Fantastic Beasts and Where to Find Them,” which boasted better reviews and debuted with $218 million worldwide.

“Our audience tends to not be red carpet heavy or celebrity driven,” Fadool said. “They know that Newt Scamander is not Eddie Redmayne, and vice versa.”

It was revealed that Kim, who appears in human form in the sequel, eventually becomes cursed to live as the pet snake of Voldemort — a crucial character in the main Harry Potter series named Nagini. Detractors objected to a Korean woman literally transforming into the pet of a powerful white male. The social media scuffle ensnared Rowling herself.

After her appearance, Nagini’s wiki page saw a staggering 16,000% increase in traffic, per Fandom. A page explaining her magical affliction, a “blood curse,” saw a 33,000% jump in traffic, the same numbers said.

Conversely, Fandom does not seem to receive a great boon when news is pleasant. Fadool said Twitter and fashion blogger fodder like star Ezra Miller’s avante-gard press tour looks don’t do them any more favor than Depp’s troubles when it comes to search traffic.

There is one exception, and it’s not a wiki page for “Harry Potter.” “We see it with Jason Momoa,” Fadool said.

It doesn’t take a wizard to figure out why.

“He can drive a page views because people are looking for new photos of him, because he’s particularly handsome.,” she concluded.