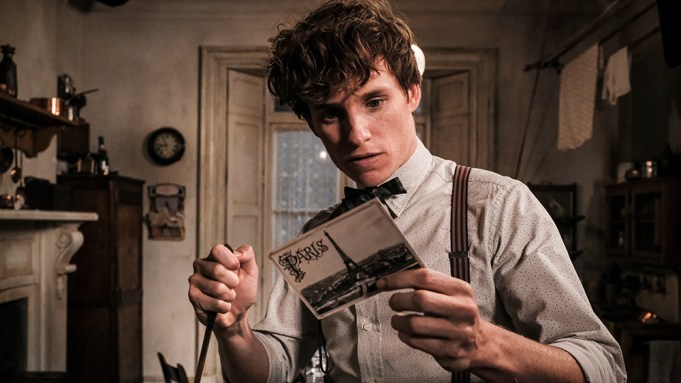 “Fantastic Beasts: The Crimes of Grindelwald” enchanted moviegoers with a debut of $62 million.

While that’s slightly lower than the domestic start of “Fantastic Beasts and Where to Find Them,” the first installment in Warner Bros.’ “Harry Potter” spinoff series, it was easily enough to dominate the weekend box office.

Warner Bros., the studio behind the wizarding series, sees “Fantastic Beasts” becoming a stronger international play, where the follow-up has already earned $191 million for a global opening of $253 million. Stateside, “Crimes of Grindelwald” has battled the worst reviews yet for a “Harry Potter” entry. It currently holds a bleak 40% on Rotten Tomatoes and a B+ Cinemascore. The studio is counting on global box office revenues to make up for a potentially lackluster domestic performance and carry the film, which cost $200 million to produce.

“The Crimes of Grindelwald” is the second entry in what Warner Bros. intends to be a five-film franchise and is part of the studio’s ongoing effort to wring more riches from the wizarding world popularized by author J.K. Rowling. Frequent “Harry Potter” collaborator David Yates returned to direct the sequel, which stars Eddie Redmayne, Jude Law, Johnny Depp, Ezra Miller, and Zoe Kravitz. It sparked controversy when Depp was cast as the infamous dark wizard Gellert Grindelwald. However, it didn’t seem to taint enthusiasm among Potterheads. Much like the first film in the prequel series, the audience for “Crimes of Grindelwald” skewed older with 69% of moviegoers over the age of 25.

“We’re extremely pleased with the opening weekend and think it will play well over the holidays,” Sander said. “Clearly the brilliance of what [Rowling] created is something fans continue to embrace.”

Theaters were able to entice more than just witches and wizards this weekend. New offerings, along with a number of holdovers, were able to draw muggles and crack the top five as comedy “Instant Family” and heist drama “Widows” each opened relatively on par with expectations.

For Paramount, “Instant Family” starring Mark Wahlberg and Rose Byrne, generated $14.7 million when it launched in 3,286 locations. The feel-good film that’s loosely based on a true story of a married couple who adopt three young children earned a promising A CinemaScore, as well as a 79% on Rotten Tomatoes. The audience was predominately female and over the age of 35. The studio is banking on a strong Thanksgiving showing to boost momentum and justify its $48 million price tag.

Fox and New Regency are distributing “Widows,” directed by Steve McQueen, which brought in a tepid $12.5 million from 2,805 venues. The movie cost $40 million to make and follows a group of women who arrange a caper in order to pay back a crime boss after their criminal husbands are killed on a job gone wrong. The ensemble cast includes Viola Davis, Michelle Rodriguez, Elizabeth Debicki, and Cynthia Erivo. Since its debut at the Toronto Film Festival, “Widows” has garnered rave reviews, especially for Davis’ performance.

Second place went to Universal’s “The Grinch,” which pocketed another $38 million to bring its domestic tally to $126 million. “Bohemian Rhapsody,” Fox’s Freddie Mercury biopic, also saw a strong outing in its third weekend and nabbed third place with $15 million. That takes its North American total to $127 million.

In limited release, Universal got a head start on “Green Book” as the awards-bait film picked up $313,000 from 25 venues for a per-screen average of $12,520. Viggo Mortensen and Mahershala Ali co-star in the comedic drama, which expands nationwide on Nov. 21. It won the people’s choice award at the Toronto Film Festival and has since generated an A+ Cinemascore and 83% Rotten Tomatoes average.

Directed by Peter Farrelly and co-produced by Participant and DreamWorks, “Green Book” follows a bouncer who takes a job chauffeuring a famed black pianist in the segregation era. Mortensen has been the subject of controversy after he used the N-word during a panel discussion promoting the film (he was making a point about how far society had come in the decades since Jim Crow). He has since apologized.

CBS Films’ “At Eternity’s Gate” secured the best theater average of the week with $23,000 per venue for a weekend haul of $92,000 from four theaters in New York and Los Angeles. Willem Dafoe has earned raves for his portrayal of Vincent van Gogh in the drama, which will continue its expansion in weeks to come.

Weekend ticket sales were down 14.5% from last year, when “Justice League” lead the box office with its $93 million launch in 2017. Overall, year-to-year revenues remain up 10%, according to Comscore, positioning 2018 for a record season.

“Thanksgiving is traditionally one of the busiest moviegoing periods of any given year, and this coming week will provide a cinematic feast of holiday blockbusters and awards season contenders,” said Paul Dergarabedian, a senior media analyst with Comscore. “It’s going to be as crowded as the chow line on Thanksgiving at the multiplex this weekend.”