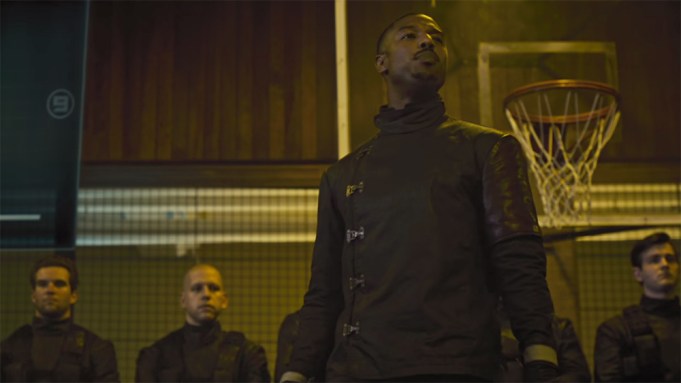 Based on Ray Bradbury’s 1953 dystopian novel of the same name, the film follows a futuristic American society where books are burned to censor and destroy knowledge.

“By the time you guys grow up, there won’t be one book left,” Jordan’s character Guy Montag, a “fireman” in charge of burning the novels who struggles with his role of erasing history, says in the clip before an auditorium of children.

“A little knowledge is a dangerous thing — news, facts, memoirs, internet of old. Burn it,” Shannon, who plays Jordan’s captain, says in the trailer. “We are not born equal, so we must be made equal by the fire.”

This is not the first time Bradbury’s story has been adapted, as it was previously made into a 1966 British film, a 1979 play, a 1984 video game, and a collection of short stories by the author, titled “A Pleasure to Burn.”

“Fahrenheit 451” will be released on HBO in May.