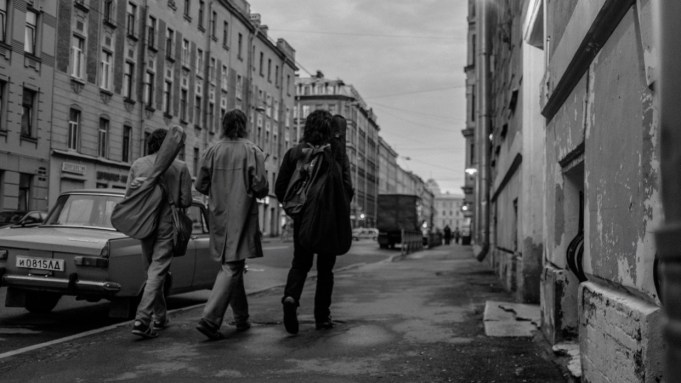 Variety has been given the exclusive first clip from Cannes competition film “Leto” (Summer), about real-life rock musician Viktor Tsoi. The film’s director, Kirill Serebrennikov, is under house arrest in Russia.

The producers are Ilya Stewart and Murad Osmann, who have been selected for Variety’s “10 Producers to Watch” program. The duo also produced Serebrennikov’s drama about a teenage religious fanatic, “The Student,” which played in Cannes’ Un Certain Regard two years ago.

“Leto” follows the story of Viktor, Mike and his wife Natasha during one summer in the early 80s in Leningrad. But it also tells the story of the birth of the underground rock scene in the Soviet Union, about friendship, first love and freedom.

“Kirill Serebrennikov invites the viewer into the atmospheric, careless world of our heroes and the youth of the 80s, despite the constraints of the world around them. They dream of freedom, and create rock’n’roll inspired by Bowie, Lou Reed and Iggy Pop. They become Leningrad rock legends,” Stewart says.

“The director really re-created that same atmosphere on set, asking the entire cast and crew to live together as one during the shooting period. The actors lived as a family, spent all their free time together in between shooting days, listened to and played music together. This approach really brought a special kind of authenticity to the film,” he says.

“One of the director’s key decisions at the start of pre-production was to cast real musicians as the leads. Roma Zver, who plays Mike in the film, is one of the most successful modern rock stars in Russia of the past decade. To match the director’s vision, only a real rock star could portray a cult musician of the 80s, and also actually play his music on camera.”

The producers developed “Leto” themselves before bringing the script to Serebrennikov. “Everything he does, he really delves deep into it, and he built the project from scratch, taking it to another level creatively,” Stewart says.

The pair have been developing two English-language projects with Serebrennikov. “We remain hopeful that as soon as the sky clears we will be able to get back to working with Kirill,” he says.

International sales on “Leto” are being handled by Charades.