Emily Blunt and Hugh Jackman on Movie Musicals: ‘You’ve Got to Commit’ 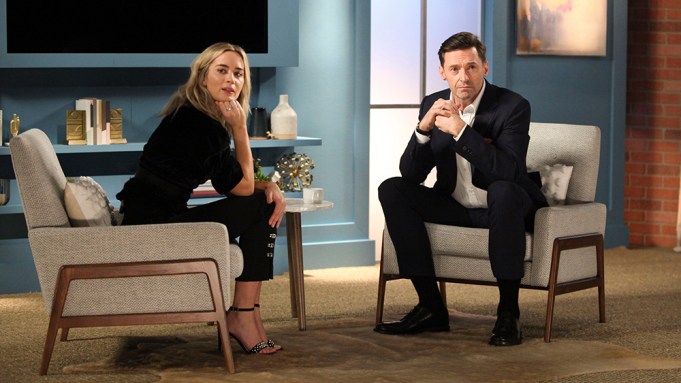 When it comes to performing movie musicals, there’s one thing Emily Blunt and Hugh Jackman agree on: “You’ve got to commit to it so hard,” the “Mary Poppins Returns” and “Greatest Showman” actors said during their chat for Variety‘s Actors on Actors.

“I think it’s a very difficult balance between a story and a narrative that’s moving and profound that people can get on board with. You do want the idea of a spectacle so that people can be pulled into a world that they want to breathe the same air as,” Blunt said.

The key to making a musical believable, Blunt said, is achieving a seamless blend between acting and singing. “You want it to be that you don’t even notice,” she said of the moment the actor breaks into song.

For Jackman, “Grease” is the gold standard for movie musicals. “Look at the story of ‘Grease’ and the songs,” he said, referencing the scene at the drive-in when Danny and Sandy get into an argument, after which Danny begins to sing as he’s walking away. “That’s not an easy transition to pull off.”

“There’s something of the form of theater. We’re all sitting there, there’s the orchestra and the pit, the band strikes up, we go along with it. But you have to make those transitions work,” Jackman said.