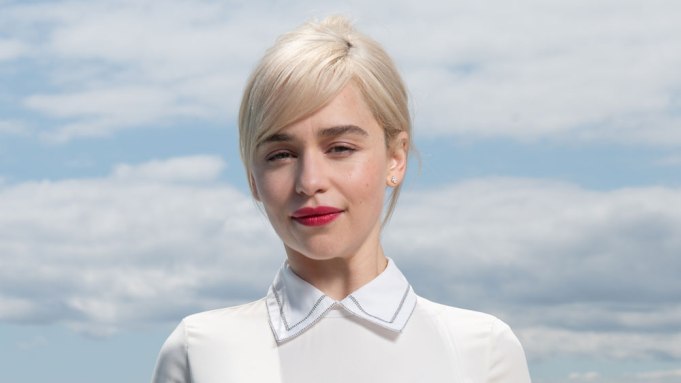 In an interview at the Cannes Film Festival on Tuesday as part of the Kering Women in Motion talks, the “Solo: A Star Wars Story” lead condemned the usage of the phrase “strong women” by journalists as sexist. She said its usage is senseless for a female lead.

“If it’s not strong, what is it? Are you telling me there’s another option, that there’s a weak option?” Clarke said. “You think a lead in a movie is going to be a weak woman? It just doesn’t even bear having the conversation, so enough already with the strong women, please.”

Clarke used male leads as an example by pointing out that they’re rarely referred to as “strong men,” unless they’re physically strong. She said the solution to her frustration is to eliminate the phrasing entirely.

“Unless I’m packing guns I don’t know about, then let’s change that,” she continued.

Clarke suggested different adjectives can be used in questions such as “What does it feel like to play someone with power?” or “How does it feel to play a female lead in a big blockbuster movie?”

“Take the ‘strong’ out of it, find another adjective, damn it,” Clarke said. “I’m just playing women.”