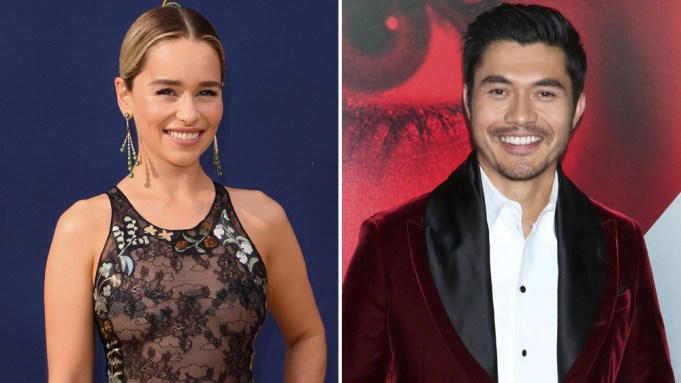 Feig will direct with Emma Thompson and Bryony Kimmings penning the screenplay. While project details are being kept under wraps, the pic is described as a holiday romance set in London.

Feig will produce for his Feigco Entertainment alongside Jessie Henderson. BAFTA winner David Livingstone and Thompson will also produce. Executive vice president of production Erik Baiers will oversee the project for Universal.

Best known for her role of Daenerys Targaryen in “Game of Thrones,” Clarke has been ramping up her film career as HBO’s hit series enters its final season. She was most recently seen in “Solo: A Star Wars Story.” She is repped by CAA, Emptage Hallett, and attorney Gretchen Rush.

Golding was one of the many breakouts in Warner Bros.’ smash hit “Crazy Rich Asians” as the male lead opposite Constance Wu. The romantic comedy has grossed $188 million worldwide. Golding also recently appeared opposite Anna Kendrick and Blake Lively in “A Simple Favor,” which opened this weekend with $16 million domestically. He is repped by Paradigm Talent Agency, Megan Silverman Management, and attorney Rick Genow.