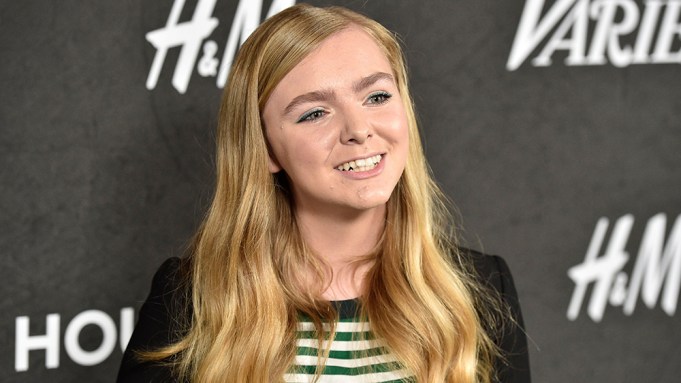 “Eighth Grade” star Elsie Fisher has joined the voice cast of MGM’s animated “The Addams Family,” which is in production in Vancouver.

Oscar Isaac and Charlize Theron are the respective voices of Gomez and Morticia Addams. Chloe Grace Moretz will voice their daughter, Wednesday Addams, and Finn Wolfhard is on board as brother Pugsley Addams. Nick Kroll is voicing Uncle Fester, with Bette Midler as Grandmama and Allison Janney as the family’s arch nemesis, Margaux Needler. Fisher will voice her daughter, Parker Needler.

Conrad Vernon and Greg Tiernan are co-directing from Matt Lieberman’s screenplay based on the Charles Addams’ cartoon series. The film will be produced by Vernon with Gail Berman, via her shingle the Jackal Group, and Alex Schwartz. The story will follow the Addams family, whose lives begin to unravel when they face off against a crafty reality TV host while also preparing for their extended family to arrive for a major celebration.

The Addams family began their macabre life as single-panel gag illustrations by Charles Addams that appeared primarily in the New Yorker. “The Addams Family” will open on Oct. 11, 2019.

“Eighth Grade” centers on an eighth-grader, played by Fisher, who deals with an array of struggles during her last week of classes before starting high school. “Eighth Grade” is written and directed by Bo Burnham in his feature-film directorial debut.

Fisher voiced the Agnes character in the first two “Despicable Me” movies. She is repped by Innovative Artists. The news was first reported by the Hollywood Reporter.