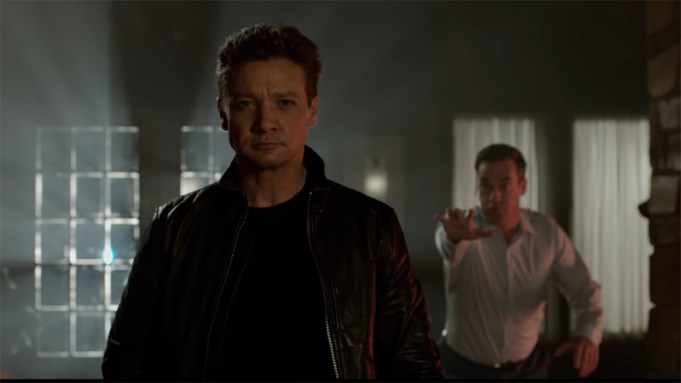 The first trailer for New Line’s comedy “Tag” starts with Ed Helms trying unsuccessfully to tag Jeremy Renner at Renner’s wedding just as a pastor has proclaimed “You may kiss the bride.”

Fisher plays Helms’ wife, the organizer of the no-holds-barred game of tag. “This is just what we love,” she explains. “This is our gang bang.”

The comedy is based on Russell Adams’ 2013 story in the Wall Street Journal, titled “Tag, He’s ‘It’ for Another Year,” about a group of friends who have been playing a cutthroat version of the children’s game for the last 30 years. The story began, “It is going to be another long year for Mike Konesky. He was tagged Thursday night while entering a school play in Spokane, Wash.”

In the movie, five highly competitive friends hit the ground running every May in a game of tag they’ve been playing since the first grade — risking their jobs and relationships to take each other down with the battle cry: “You’re It!”

Jeff Tomsic is directing from a script by Mark Steilen and Rob McKittrick. The producers are Todd Garner, Mark Steilen, and Sean Robins.

“Tag” hits theaters on June 15. Watch the trailer above.