Dwayne Johnson: DC Is Figuring Out How ‘Black Adam’ Fits in Film Universe 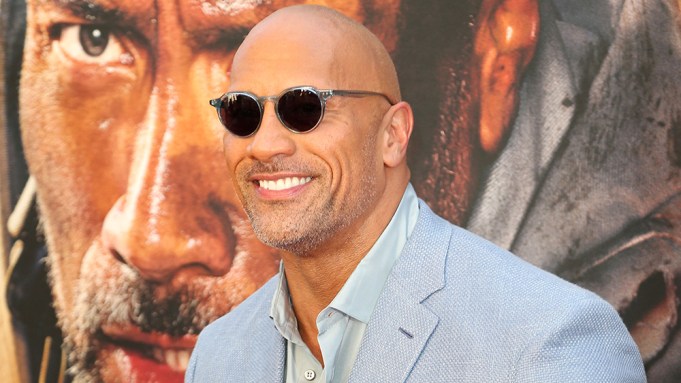 Black Adam, the mythical anti-hero blessed with the abilities of Egyptian gods, may some day grace the silver screen, but it doesn’t sound like it will be any time soon.

A film about the popular DC Comics character has been rumored for years, with Dwayne “The Rock” Johnson most frequently mentioned as the only actor with the requisite musculature to believably play someone with the strength of Amon and the stamina of Shu. That’s still the plan, Johnson said at the New York City premiere of his new action-thriller “Skyscraper,” though it’s unclear when cameras will finally roll.

“The script is coming along,” Johnson told Variety on the red carpet on Tuesday night. “I’m very happy with it. That’s a project that obviously you want to take your time with.”

Black Adam is the frequent foil of Shazaam in the comics, but Johnson has publicly said he will not be appearing in the forthcoming film version of the popular title.

“I’m not in that one,” Johnson told SyFy. “It’s Shazam and Black Adam and, with the way the DC universe works, we should — in theory — meet up on the big screen. But who knows.”

“Shazaam” with Zachary Levi in the title role hits theaters next April, but it’s a time of transition for DC, at least in terms of the films it produces. “Wonder Woman” was a hit, but critics hated “Suicide Squad” and “Justice League” flopped. The company is struggling to achieve the kind of cinematic consistency that its rival Marvel enjoys. But there’s new leadership tasked with righting the ship and achieving greater quality control. Walter Hamada, a veteran producer, has taken over the film operations. He replaces Jon Berg, who left as co-head of DC movies last winter to become a production partner with Roy Lee, the producer of “The Lego Movie” and “It.” He also steps in for Geoff Johns, the comic book writer who was ousted last month as DC’s chief creative officer.

Johnson acknowledged the shakeup, telling Variety that there is “rejigging going on” at DC and adding that the new team is “looking at the macro map of the DC universe.” It’s still being determined how Black Adam “unfolds in the universe,” according to Johnson.

Scheduling could be a problem. Johnson is linked with several big projects, including a sequel to “Jumanji: Welcome to the Jungle,” the action-comedy “Red Notice,” and the “Fast and Furious” spinoff “Hobbs and Shaw.” One thing that DC won’t have to deal is a White House run. Johnson has been a fantasy challenger to Donald Trump for many looking for a less caustic celebrity/leader of the free world. At the “Skyscraper” premiere, Johnson poured cold water on the idea of a presidential campaign.