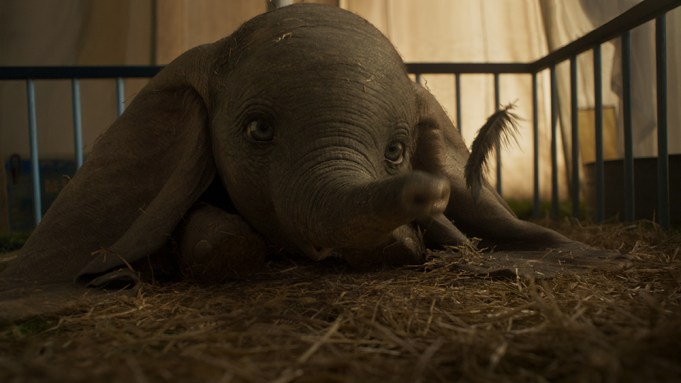 This reimagining, which uses visual effects to portray the lovable elephant and his other four-legged friends, sees Danny DeVito as the owner of a faltering circus. He enlists a former star (Colin Farrell) and his children (Nico Parker and Finley Hobbins) to look after the newborn elephant who gets teased for his oversized earns. They soon find out that those ears allow Dumbo to fly, giving the circus a newfound appeal.

Before long, the peculiar pachyderm draws the attention of entrepreneur V.A. Vandevere (Michael Keaton), who wants Dumbo for his upcoming entertainment venture, Dreamland, that might not be such a dream.

“You have something very rare. You have wonder, you have mystique, you have magic,” Keaton’s mysteriously dark character says in the new footage. “Come with me. Together we can soar on those elephant’s wings.”

Burton, best known for his work on “Alice in Wonderland” and “Charlie and the Chocolate Factory,” took on directing duties. Disney’s classic animated “Dumbo” opened in 1941 and won an Oscar for scoring of a musical picture, as well as a nomination for original song.