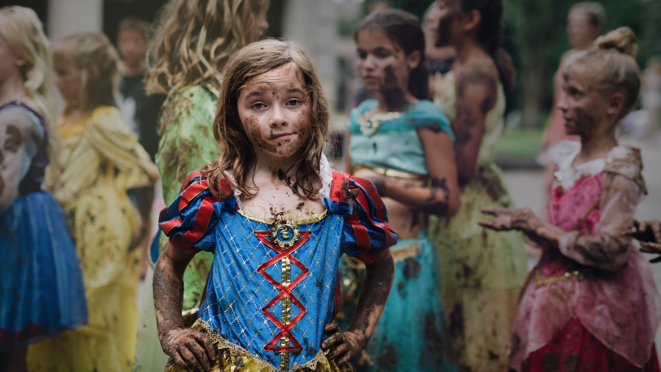 Princesses are no longer just the subjects of Disney films — they’re making them. As part of Disney’s newly launched “Dream Big Princess” initiative, the studio has selected 21 girls and women from 13 countries to develop digital short films about women who inspire them.

The initiative also has a monetary component, as each like and share of the projects on social media platforms with #DreamBigPrincess will translate to a $1 donation from Disney to the United Nations Foundation’s “Girl Up.” For their documentary projects, the filmmakers will tell the stories of real women working in various industries, including entertainment, sports, government, science, and philanthropy. Disney CCO Jennifer Lee, who won the 2014 animated feature Oscar for “Frozen,” will serve as one of the film subjects.

“Using the journeys of characters like Anna, Elsa and Moana to inspire kids to dream big is at the very heart of what all of us at Disney do,” Lee said. “The #DreamBigPrincess series is the perfect extension of that vision, providing a powerful platform for the next generation of aspiring filmmakers to create content about the women who have inspired them.”

While developing their projects, the chosen filmmakers will participate in a series of professional workshops, including a training session with Apple technical experts, mentorship from the female-led production company Summerjax, and meetings with Disney film veterans. The participants will each shoot their respective films on an iPhone X.

Disney will share the films on various social media platforms starting Oct. 10, 2018, and donations to “Girl Up” will be recorded and accepted through Nov. 20.