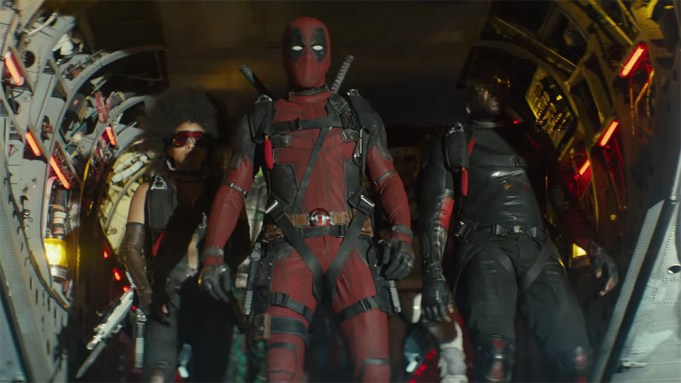 With “Deadpool 2” on a fast track to carve up the box office this weekend, it’s not surprising that Ryan Reynolds and company are already feeling confident about the Merc with a Mouth’s next outing: specifically in the form of an X-Force team.

At the red carpet on Monday, Reynolds said there’d been talks of a X-Force film, but was less certain about the possibility of a more direct “Deadpool 3.”

“At this point I don’t want to think about it,” Reynolds said. “But down the road, I’m sure we’ll figure it out.”

.@VancityReynolds on 'Deadpool 3': "Down the road, I'm sure we'll figure it out" https://t.co/IQxP6lFUXs #Deadpool2 pic.twitter.com/uYdVrTmf8H

“Deadpool 2” director David Leitch gave an update on the X-Force movie’s development, with Drew Goddard, screenwriter and producer for “The Martian” and Netflix’s “Daredevil” television series, at the creative helm.

“[Goddard’s] a great writer and a great filmmaker and I think they’re trying to take these characters and develop this universe,” Leitch said.

#Deadpool2 director @DavidMLeitch gives an update on the status of the X-Force movie https://t.co/IQxP6lFUXs pic.twitter.com/DQkOhSz7L0

“We took great pains to try to set it up in this movie at the end,” Reese said. “So I think you’ll have some nice combination of those characters that you see at the end of this movie forming X-Force.”

Writers Paul Wernick and @RhettReese on how #Deadpool2 will lead into the X-Force movie https://t.co/IQxP6lFUXs pic.twitter.com/OpOeyiOWfg

Comic book writer, artist, and Deadpool creator Rob Liefeld said the success of “Deadpool 2” will only lead to even more movies.

“The door is wide open: X-Force, more Deadpool, the fans are going to speak this weekend,” Liefeld said.

Reynolds also expressed a desire to make a Deadpool film that would also include Hugh Jackman’s Wolverine, an idea’s he’s been sitting on for some time. Reynolds, however, said the chance to make his dream a reality rests entirely on Jackman willing to pick up the claws one more time.

“Sadly, it’s Hugh Jackman that’s the skin-covered speed bump on the road to that sort of happiness,” Reynolds said.

.@VancityReynolds: @RealHughJackman is the "speedbump" to Wolverine and Deadpool sharing the screen https://t.co/IQxP6lFUXs pic.twitter.com/p8O8d7Hj5r