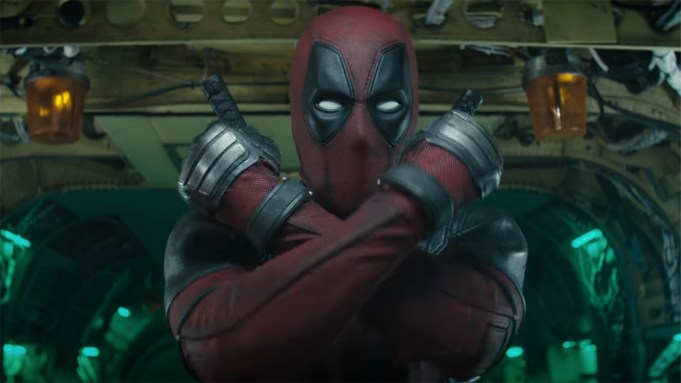 In the latest trailer for “Deadpool 2,” which dropped on Thursday, fans get another taste of the wise-cracking mercenary.

Scored to a rendition of Air Supply’s “All Out of Love,” the footage starts with Wade Wilson’s alter ego, Deadpool, crash landing into a taxi after running away from a mob.

Following an action-packed sequence, Wilson barges into his fiancee Vanessa’s (Morena Baccarin) apartment. “Sorry I’m late,” he says. “I was rounding up all the gluten in the world and launching it into space where it can’t not hurt us ever again.”

A powerful Cable, played by Josh Brolin, then makes a bold entrance before proclaiming, “I’m here for the kid.”

“I ain’t letting Cable kill this kid,” the Merc with a Mouth says before assembling a “super duper f—king group” who will be known as “X-Force” to take on the time-traveling soldier cybernetic mutant.

“Doing the right thing is messy,” Deadpool concludes. “But if you want to fight for what’s right, sometimes you have to fight dirty. And that is why ‘Sisterhood of the Traveling Pants’ is pure pornography.”

Also starring in “Deadpool 2” is Zazie Beetz, who plays Domino, and Brianna Hildebrand as the Negasonic Teenage Warhead Reynolds’ character teamed up with at the end of the first film. Morena Baccarin, T.J. Miller, Leslie Uggams, and Stefan Kapicic will also return for the sequel.

“Deadpool” became the highest-grossing R-rated film of all time in 2016, making a sequel all but inevitable. It previously held the record for a February opening before “Black Panther” began its box office domination.

Before seeing Brolin as Cable, comic-book lovers can see him play the villain Thanos in “Avengers: Infinity War.”

“Deadpool 2” hits theaters on May 18. Watch the trailer above.