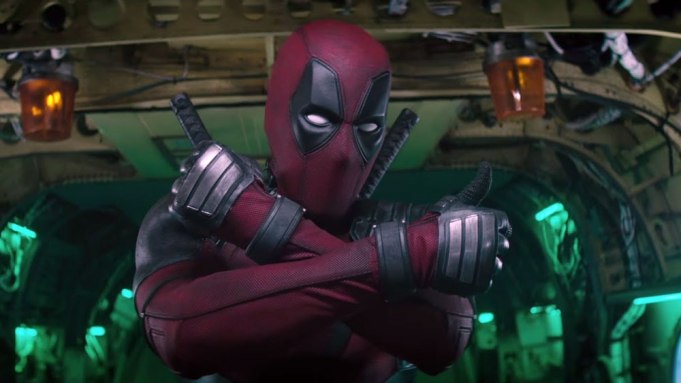 20th Century Fox’s “Deadpool 2” is expected to end “Infinity War’s” three-week rule, eyeing a release between $130 million and $150 million on 4,200 screens in North America. Should it open toward the end of that range, it would top its own record of the biggest opening weekend for an R-rated film. The original “Deadpool” was a surprise hit, launching with $132.4 million in 2016. It went on to earn $363 million in North America and $783 worldwide, making it the highest-grossing R-rated movie of all time.

Ryan Reynolds stars as the wisecracking mercenary known a Deadpool, whose real name is Wade Wilson. David Leitch directed from a script by Rhett Reese, Paul Wernick, and Reynolds.

“Infinity War” will likely get bumped down to second place. If the Disney and Marvel title continues on a similar path, it should take in around $30 million in its fourth frame. As of Monday, “Infinity War’s” domestic tally sits at $552.7 million, while its global total passed $1.63 billion.

In a classic case of counter-programming, “Deadpool 2” is premiering against two comedies — “Book Club” and “Show Dogs.”

A number of films are opening at the specialty box office, including A24’s “First Reformed,” Bleecker Street’s “On Chesil Beach,” and Focus Features’ “Pope Francis – A Man of His Word.”