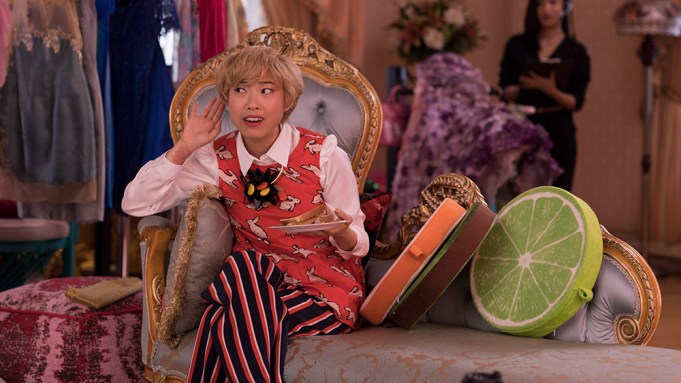 UPDATED: “Crazy Rich Asians” is on track for a dazzling debut.

Warner Bros.’ highly anticipated romantic comedy generated $5 million on Wednesday, according to final numbers on Thursday. If projections hold, “Crazy Rich Asians” is heading for a weekend total of $19 million and a five-day tally of $25 million-plus. Some tracking predicts the movie, which carries a $30 million price tag, could top $30 million over the five-day period.

Jon M. Chu directed the adaptation of Kevin Kwan’s 2013 bestselling book of the same name. It stars Constance Wu as an NYU professor who travels to Singapore with her boyfriend (Henry Golding) for his best friend’s wedding. While overseas, she meets his parents and finds out his family is, you know, crazy rich. Gemma Chan, Awkwafina, Ken Jeong, and Michelle Yeoh round out the ensemble cast.

“Crazy Rich Asians” is the first studio movie to feature a predominantly Asian-American cast since “The Joy Luck Club” opened 25 years ago. Critics are raving the rom-com, which currently holds a stellar 94% rating on Rotten Tomatoes. That’s rare praise for a genre that’s faltered at the box office in recent years. The last few romantic comedies to hit theaters, including Anna Faris and Eugenio Derbez’s remake of “Overboard,” and Amy Schumer’s “I Feel Pretty,” pulled in modest returns, though neither received a promising reception.