Constance Wu: ‘Crazy Rich Asians’ Would Have Had an Impact Even if It Wasn’t Successful 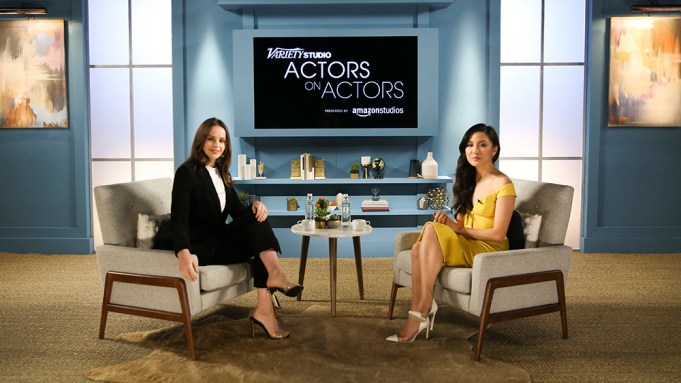 “Crazy Rich Asians” was a massive box office success, but star Constance Wu says she felt intense pressure before its release. Not only was the film her first time as the lead, it was her first studio movie ever, and Wu says she’s grateful that Warner Bros. trusted emerging voices.

“The fact that it existed — I do think it’s a good movie. But even if it hadn’t been as great as it turned out, I [appreciate] the fact that a studio decided to make it, to invest in a story from creators of color,” she says to Felicity Jones during Variety’s Actors on Actors series.

Wu also points out that many of these creative voices didn’t have a “track record” of box office success, not because they aren’t capable of such, but because Asian-Americans hadn’t been given such opportunities to prove themselves in the past.

Starring Wu, Awkwafina, Henry Golding, Gemma Chan, and others, “Crazy Rich Asians” became the first Hollywood studio film to feature a majority Asian-American cast since 1993’s “Joy Luck Club.” It is based on Kevin Kwan’s novel about his youth in Singapore, and was directed by Jon M. Chu, who is Asian-American, and co-written by Adele Lim, a Malaysian native of Chinese descent.

“It was made with the people who understood the experience, with the actors who made the experience, directors, writers, that gave it an authenticity that Asian-American audiences really responded to, because we don’t have representation,” Wu says.

The actress adds that audiences of all races and backgrounds can relate to the film’s message of authenticity and belonging.

“Other people who are not Asian-Americans still respond to it, because it’s very much about being seen for who you are,” Wu says. “And we all have that thing, you want to be understood. You want to be valued.”