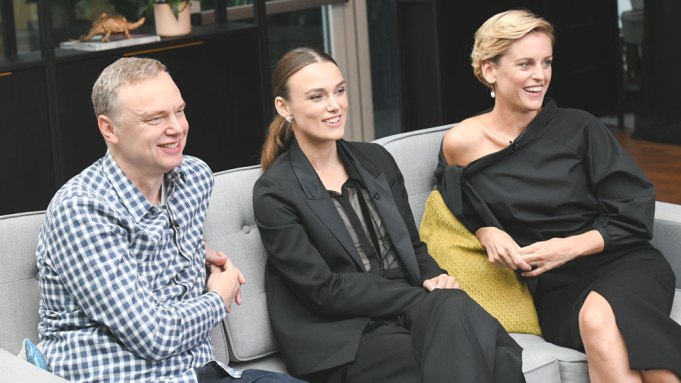 Filmmaker Wash Westmoreland, and actresses Keira Knightley and Denise Gough dropped by the Variety Studio presented by AT&T at the Toronto Film Festival to discuss their new movie, “Colette,” which tells the story of French novelist Gabrielle Colette.

Westmoreland co-wrote the film with his late partner, Richard Glatzer, who he had previously written and directed all his movies with, including “Still Alice,” which won Julianne Moore the Oscar for best actress. The pair had wanted to make “Colette” for years and before Glatzer passed away from complications due to ALS in March 2015, he hoped it would be their next project.

“He got to see Julianne win the Academy Award when he was in the ICU in the hospital,” Westmoreland revealed. “We knew we had a chance now, we had a springboard into our next film. And I said, ‘What is it to be?’ At the time, he was just typing with his toe and he typed ‘Colette’ on his machine. And two weeks later, he passed away. But I knew what I had to do and set about doing it.”

Westmoreland said his first solo directing effort proved to be emotional. “It was difficult because Richard and I had worked so closely for so many years. We knew each other so well, having written together, worked together, slept together, done everything together for so long that part of my mind is Richard, and sometimes when I would be faced with a difficult problem, I would ask: ‘What would Richard say?’ And the answer would be there.”  Westmoreland added that in many ways, he considers Glatzer a co-director on the film.

Knightley has played a number of dynamic women in her career, and noted that portraying Colette was empowering. “I was like, ‘Oh, I like walking in your shoes, this is great. I walk tall.’”

Knightley added that she’d be interested in the stories of Josephine Bonaparte and Florence Nightingale. Gough said, “I think we could always do with another Joan of Arc. You can never get enough Joan.”