‘The Cloverfield Paradox’ Drops New Trailer, Will Stream on Netflix After Super Bowl 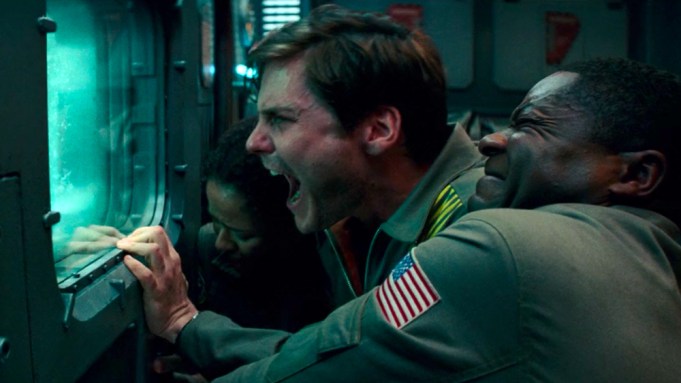 The trailer for J.J. Abrams’ third “Cloverfield” film “The Cloverfield Paradox” touched down during a Super Bowl LII commercial break and announced that the full film will be available on Netflix after the game.

The film, which picks up a decade after the original, teases in the clip “10 years ago something arrived, now find out why,” among images of falling buildings and a city in ruins from the original “Cloverfield” film.

Some thing happened. You'll know why after the game. #CloverfieldParadox pic.twitter.com/HGqIC1AqB7

According to Netflix’s release, the film tells the story of a group of international astronauts on a space station are working to solve a massive energy crisis on Earth. The experimental technology aboard the station has an unexpected result, leaving the team isolated and fighting for their survival.

Prior to the trailer’s release, little was known about the project other than its rumored title — “God Particle” — and that it would take place in the same universe as the 2008 found-footage monster film “Cloverfield” and its 2016 sequel “10 Cloverfield Lane.” Sources told Variety last month that Netflix was in talks with Paramount to buy the science-fiction thriller, which was confirmed when the trailer contained the red banner associated with the streaming service.

The only known details of the film’s plot, via its IMDb description, are that it centers on a group of scientists that must survive on an isolated space station when an experiment involving a particle accelerator results in something horrific.