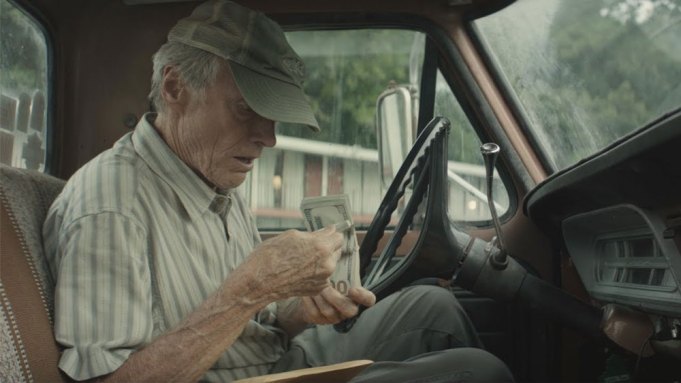 Clint Eastwood is full of regret and sorrow in the first trailer for “The Mule,” returning to the screen for the first time since 2012’s “Trouble With the Curve.”

“I was a terrible father and a terrible husband,” he says in a voiceover. “Family’s the most important thing. Don’t do what I did.”

Besides taking stock of the mistakes he’s made in life, he’s also transporting cocaine. Eastwood both stars and directs himself in “The Mule,” playing Earl Stone — an 80-year-old who becomes a drug courier for a Mexican cartel. The story is based on the real life of World War II veteran Leo Sharp, who ran drugs for the Sinaloa Cartel and was arrested in 2011 at the age of 87.

The film is coming out less than a year after Warner Bros. released Eastwood’s thriller “15:17 to Paris” about the Americans who prevented a terrorist attack on a train in 2015.