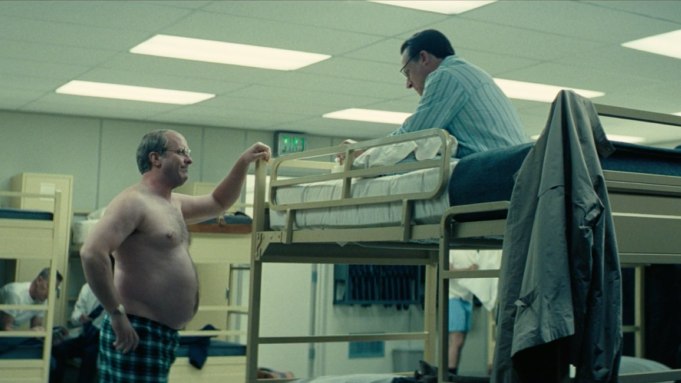 It’s not uncommon to talk about body transformation when you talk about the work of Christian Bale, from his obsessive workout regimen in “American Psycho” to his near-emaciation in “The Machinist.”

His 60 lb. weight gain to play Dick Cheney in “Vice,” however, has inspired many a headline as we watched a former Batman shape-shift. Unfortunately, you won’t get to see the full fruit of his labors in the finished film.

“One of the problems with doing a movie that’s six decades long is that it’s six decades long,” McKay said during a recent conversation with Variety, about capturing Cheney’s life and career to date. A causality in editing was a conversation between Bale’s Cheney and Steve Carrell’s Donald Rumsfled, where Bale stands in his boxers. The scene has been used in trailers for the film, but is not included in final product.

“Believe me, this movie could’ve been three hours long, no problem,” he continued, calling the moment “one of my favorite scenes in the movie.” McKay confirmed the belly-out moment is one of three cut scenes that will be released when “Vice” hits home entertainment.

It may be your last chance to see Bale’s yo-yo routine, considering the actor fears the strain he’s putting on himself.

“You’re absolutely just losing all discipline and gorging like crazy. I need to stop it, it’s not healthy for your body. I’m in my mid-40s now, it’s going to start catching up with me if I don’t start being a little bit aware of my mortality,” the actor said.

“I have almost always enjoyed transformation – mental and physical, sometimes it can be a great help to look in the mirror and not see yourself, in terms of being able to remove yourself from any kind of a character. I’m glad I did it, but I think it should be in the past now,” said Bale.

“Vice” is currently in theaters.