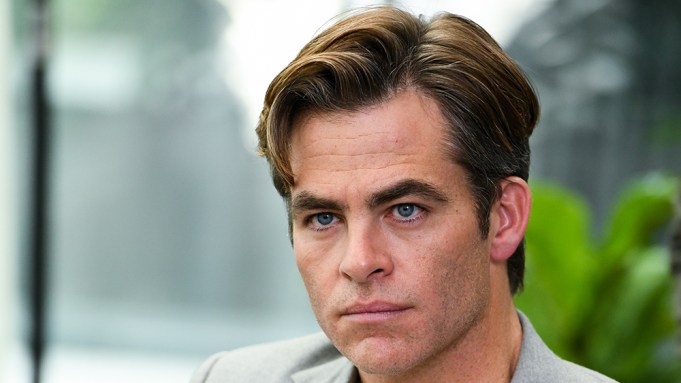 The internet has been abuzz since the news broke that Chris Pine would have a full-frontal nude scene in the upcoming Netflix drama “Outlaw King,” in which he stars as Robert the Bruce, King of Scots.

Pine was demure when he spoke of the scene at our Variety Studio presented by AT&T at the Toronto Film Festival. “It was cold and it was nearly winter in Scotland and next to a major highway. Those didn’t make the most attractive setting for me,” he said, before explaining the significance behind the choice.

“You see a man broken down and then build himself back up, and I thought it was important after that scene where he’s been in the cave,” he said of the scene that follows, in which his character enters a cave in order to face his inner demons and ultimately emerge reborn.

“I can understand why people [think] it’s funny,” he continued, but maintained that the choice was made by him and director David Mackenzie not to turn heads, but to reflect humanity.

“Some talk will be [about] the full frontal or the sex and the sensuality of it, but that is also humanity in itself — it’s violence and sex,” he said. “If we reduce it ultimately to some base elements: hunger, food, feeding, procreation, and power … [there are] elements like air, water, and fire in this film that we have to show due respect for.”