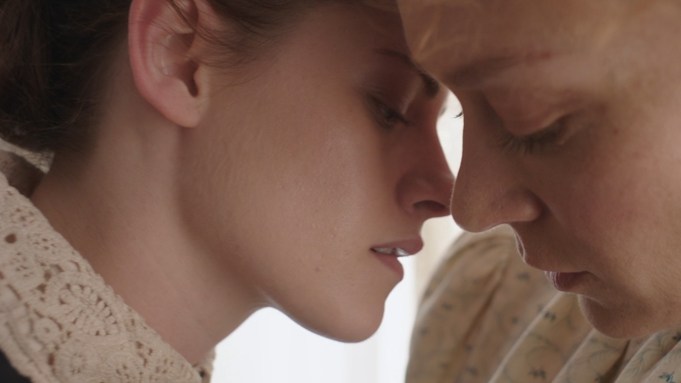 “When you say 2010, it seems like ‘Oh, my god. That was so long ago,'” Chloe Sevigny recalled when talking about the gestation period for “Lizzie.”

The historical biopic has been in development for the past decade. Sevigny explained how she worked on other projects in the meantime: “It wasn’t like this was my only focus for the past 18 years.”

But the story, which peers into the private home life of the infamously accused and acquitted murderer of her father and step-mother, Lizzie Borden, went through numerous iterations before arriving at the final product.

“When it became [the] incarnation that it is now, we knew we wanted to focus on the love story and Lizzie’s inner life in the house, and the relationship with Bridget and what that meant to her,” Sevigny said. “And how she was trying to build this escape from this life that she was so unhappy in.”

Kristen Stewart, who Sevigny said was her first choice to play the Irish maid who becomes Lizzie’s confidante and paramour, believes the story resonates in the present day because “you see women that seem really modern, self-possessed, [and] desirous of life. People you can really relate to that are literally gagged and bound by their era,” she said.

Stewart noted that while Borden’s story is a tragic tale, “it’s nice to see two animals like that get up and bite back” as they tried to fight their way out of a contentious household. “Both of these women felt not only taken advantage of, but also like they weren’t allowed to exist,” Stewart said.

In playing the titular role and spearheading the film through its fruition, Sevigny was drawn to “just how mysterious she is. I mean, to me, that was what really appealed. Just like, who is this character?”

As Stewart echoed her sentiments, Sevigny went on to expand on her curiosity: “You know, what would drive her to do this? Which is where the story came out of. How does she find the strength then to pull this off. Is she crazy? Was she in an epileptic fit? What was it that would draw a woman to do this? And how oppressed was she that she would go to such extremes?”

“Lizzie” premiered at the Sundance Film Festival and hits theaters nationwide on Sept. 14.