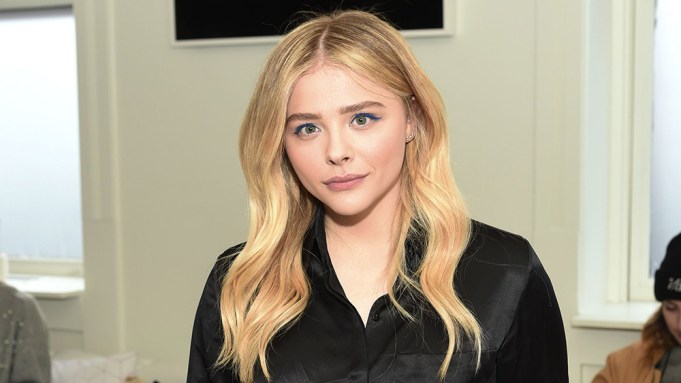 Chloe Grace Moretz worked alongside Louis C.K. on his film “I Love You, Daddy” before accusations of sexual misconduct from five women came out against the comedian, causing the movie to be dropped just days before the release.

In “I Love You, Daddy,” C.K. plays a television writer who tries to prevent his teenage daughter, played by Moretz, from falling for an older filmmaker, played by John Malkovich. The premiere for the film was abruptly cancelled in the wake of allegations against C.K., which Moretz has not responded to.

Speaking at the Variety Studio presented by AT&T at the Sundance Film Festival, Moretz was asked about her personal experience and how she dealt with the scandal after working so closely with C.K., who wrote and directed “I Love You, Daddy” in addition to starring as her on-screen father.

Moretz, who has become one of the most outspoken voices in young Hollywood when it comes to politics, gender equality, and activism, responded to the larger #MeToo movement, rather than speak specifically about C.K.

“I could single-in and talk about my experience, but I think it’s more important to talk about the entire movement as a whole,” Moretz told Variety.

“I’m one of hundreds of thousands of women in so many different industries that has a story. You could ask anyone in this room and all of us could give you 10 stories, I’m sure,” Moretz continued. “I think it’s just nice, the communication, and the fact that you asked this question at Sundance in a video suite, this never would have happened two years ago. So the fact that it’s a conversation and it’s a question is monumental, and I think that shouldn’t be looked past or looked over. We’ve all been through a lot of stuff, but at least we’re communicating and people are going to be held accountable.”

Moretz was on hand at Sundance for her indie film “The Miseducation of Cameron Post,” in which she plays a high school student who is forced into a gay conversion therapy center.