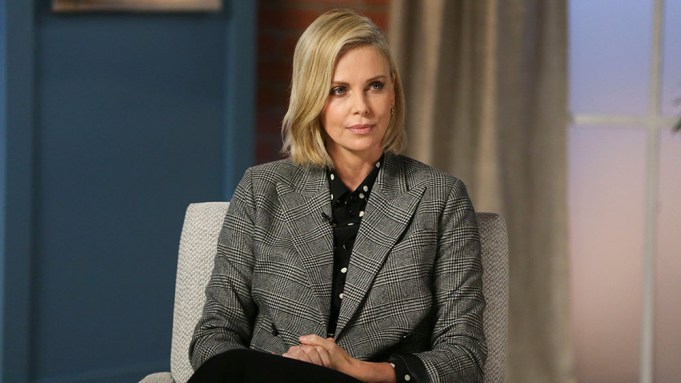 For Charlize Theron, watching “Black Panther” was more than just her latest Marvel indulgence. It was an emotional reminder of her past – a childhood spent growing up amidst the discriminatory practices of South African apartheid.

“I was born and raised in South Africa during the apartheid era, and I am very much a white African who lived and thrived under tremendously dark circumstances, and that really marks you as a person,” Theron said during her Variety Actors on Actors interview with Michael B. Jordan. “Whether that’s your ideology or not, you’re living in it.”

Theron says she was 15 when the apartheid laws were finally disbanded, but its effects on her are still present today. Present enough, in fact, to bring tears to her eyes when Jordan asked her about her experience watching “Black Panther” for the first time.

She said it caused an “emotional reaction” due in part to her two adopted African-American daughters – who she can’t wait to show the film to (when they’re old enough) – but also due to the sense of catharsis she felt after watching it.

“That movie broke so many glass ceilings across the board. Not just the fact that there are women in power and that they’re black, beautiful, strong African-American women, African women… I got something very cathartic out of that,” she says. “I mean it’s so empowering to watch that movie.”

Part of the film’s emotional impact also comes from the fact that it wasn’t until Theron was in her 20s and 30s that she really came to terms with the anger and guilt she felt from her childhood, she added. Despite experiencing numerous tragedies in her life, she said it was her experience with apartheid that ultimately led her to therapy.