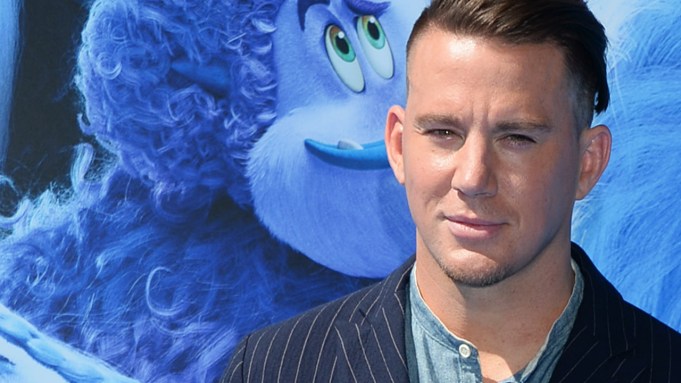 2018 has been a relatively low-key year for Channing Tatum, but he says he’s ready to get back to work.

At the Saturday premiere of animated feature “Smallfoot,” his only film of the year, Tatum said he took the opportunity to slow down a bit this year.

“I have a kid, man,” Tatum explained. “That is the biggest job that I have.”

The “Magic Mike” star, who voices “Smallfoot’s” main character Migo, continued that he might be reaching the end of his unofficial hiatus.

“I’m sort of ready to go back to work,” he said. “I don’t know what I’m ready to go do yet, as far as, is it acting, is it directing, is it producing, writing…Maybe I’ll come and start interviewing people, I don’t know,” he joked. “I have no clue what I’m going to do, but I’m having fun though.”

LeBron James also voices a character in “Smallfoot,” and Tatum said working with the L.A. Lakers star was not something he ever saw happening.

“I didn’t think I’d be anywhere where LeBron James was, much less an animated movie about Yetis,” Tatum said. “I love him. Everybody loves LeBron for their own reasons, he’s just an insanely smart person. We talked at length about the studies they did with his school. I was like, ‘Why are you just doing third and fourth grade? What about those grades are special?’ And he said that those are the grades that if you can get them, if you can grab the kids’ attention to learn, then you can draft off that all the way into college. … The guy can literally do anything.”