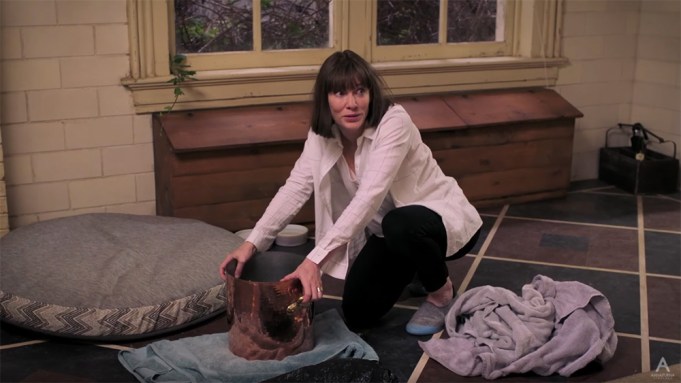 “Something unexpected has come up,” Blanchett’s character says on the phone. “It has much more explanation coming, but I have this one shot.”

Her daughter, Bee Branch (Emma Nelson), narrates the story as she investigates her mother’s absence, sharing her findings through a series of documents that includes emails, memos, and transcripts.

Linklater, best known for “Boyhood,” “Dazed and Confused” and “Before Sunrise,” also penned the film’s screenplay alongside Holly Gent Palmo and Vincent Palmo Jr. Linklater has directed 20 films, including last year’s “Last Flag Flying” and “Everybody Wants Some!!!” Megan Ellison’s Annapurna and Nina Jacobson’s Color Force acquired the movie rights for “Where’d You Go, Bernadette” in 2013.

The star-studded cast also includes Kristen Wiig, Judy Greer, Billy Crudup, Troian Bellisario, and Laurence Fishburne. Blanchett most recently starred in the gender-swapped reboot of “Ocean’s 8,” as well as the family-friendly “The House with a Clock in Its Walls” alongside Jack Black.

“Where’d You Go, Bernadette” is set to hit theaters March 22. Watch the trailer above.