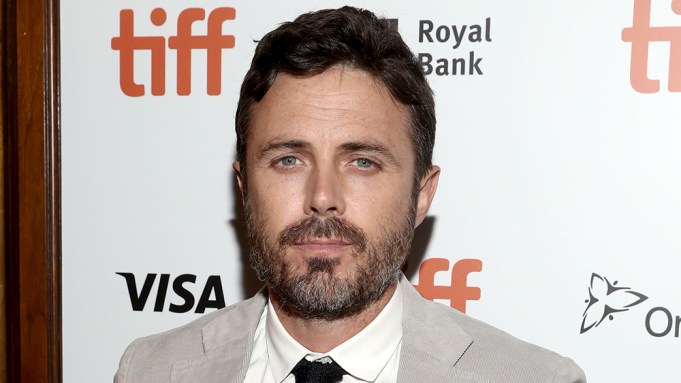 Casey Affleck says the #MeToo movement has helped him learn to listen to others’ perspectives.

The Oscar-winning actor, who was embroiled in his own sexual harassment controversy back to 2010, spoke to Variety at the premiere of his upcoming film, “The Old Man & the Gun.”

“I mean, look, if you haven’t learned anything from all of this, then you really haven’t been paying attention, and that goes for everybody,” Affleck told Variety at the New York City Thursday night premiere, standing next to his girlfriend, actress Floriana Lima, who he introduced at the start of the interview.

“It’s probably a conversation that deserves a little more time than standing on a red carpet,” Affleck continued. “But I would say that one of the most important lessons is to try to remain as open as you can to other perspectives and to listen to other peoples experiences and, you know, take care of one another.”

Affleck has remained relatively quiet regarding the former accusations against him, but he addressed the allegations in an interview with the Associated Press earlier this summer where he apologized for leading an unprofessional environment on the set of his 2010 film, “I’m Still Here.” Alleged experiences on that set led to two women filing separate sexual harassment lawsuits against Affleck, which were settled in 2010. Controversy surrounding the suits resurfaced in 2016 during his Oscar campaign for “Manchester by the Sea,” which earned Affleck the best actor Academy Award.

At the premiere of “The Old Man & the Gun,” Affleck also spoke about co-starring with screen legend Robert Redford, saying, “Being on set with him is sort of like, if you can believe it, like being on set with anyone else. He’s very disarming, and he doesn’t make you feel his status when he’s there. He’s just a really personable, sweet guy.”

When asked what he’s learned from working with Redford, Affleck chuckled, “The number one thing I learned is that he’ll probably show up between 90 minutes and two hours after his call time. That’s one lesson I learned early on. And he has every right to. Other than that, I think it’s just important to try to be a part of the stories that you feel really close to. Over his career, he’s done a lot of movies, and they all sort of feel like him, and he’s left behind a great legacy of movies that sort of say something about who he is, and if you get the opportunity to do that, I know it’s a luxury, but it’s something to strive for.”