Carey Mulligan: If Dee Rees Was a White Man, She’d Be Directing the Next ‘Star Wars’ 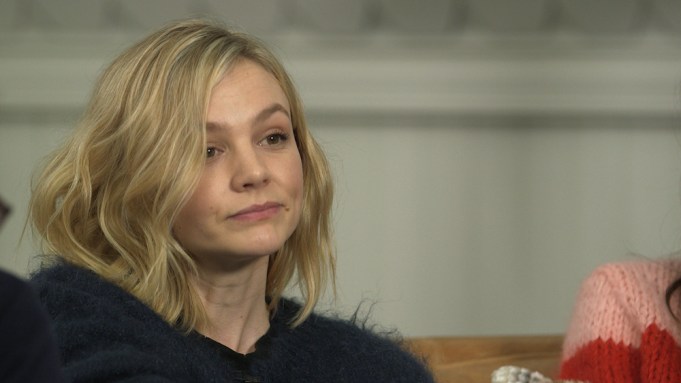 Actress Carey Mulligan called out the “Star Wars” franchise’s lack of female directors as well as their lack of representation at award shows while at the Sundance Film Festival.

“If Dee Rees was a white man she’d be directing the next ‘Star Wars,’ she’d be nominated for an Oscar without question,” Mulligan said at Variety’s Sundance studio, just prior to Tuesday’s Academy Award nominations.

Many thought that Rees, who directed the critically-acclaimed “Mudbound,” was snubbed from this year’s Golden Globes race for Best Director along with “Lady Bird’s” Greta Gerwig and “Wonder Woman’s” Patty Jenkins.

“There’s something not right, and we’re working on it,” she added. “I think Greta [Gerwig] and Patty Jenkins have been overlooked for too long. If it doesn’t happen I fell like it will send out a big signal and I think that people will react to that.”

On the “Star Wars” front, J.J. Abrams directed 2015’s “The Force Awakens” — and is set to return for Episode IX — with Rian Johnson taking control for last year’s “The Last Jedi.” Gareth Edwards led the franchise’s first anthology film “Rogue One” in 2016, and Phil Lord and Christopher Miller were tapped to direct the Han Solo origin film before being replaced with Ron Howard.

Kathleen Kennedy has stated in the past her desire to hire a female helmer for a “Star Wars” film.

“There’s nothing we’d like more than to find a female director for ‘Star Wars’,” she said. “There is an assumption made that the people involved should predominantly be men. There are women who are ‘Star Wars’ fans. That’s what’s so insane.”

Mulligan is at the Sundance Film Festival for the world premiere of Paul Dano’s “Wildlife,” which co-stars Jake Gyllenhaal.