Carey Mulligan on #MeToo, ‘Wildlife’ and Why She Refuses to Join Twitter 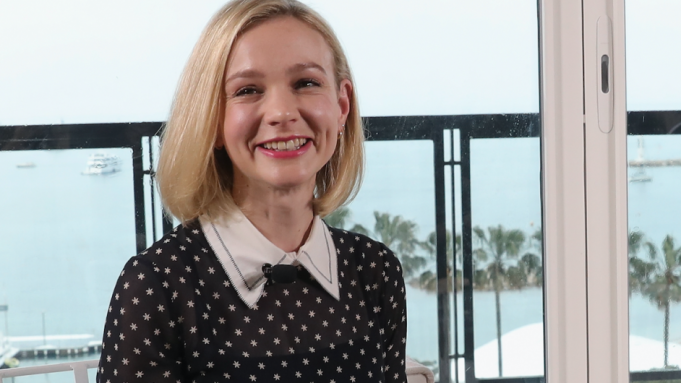 Carey Mulligan plays a woman who cheats on her husband in “Wildlife,” a shattering, 1960s-set drama that opened Cannes’ Critic Week. It’s the kind of warts-and-all role that is usually reserved for men, Mulligan said during an hour-long interview on Thursday as part of the Variety-Kering Women in Motion talks.

“You very rarely see women on screen who are being unfaithful,” she argued, adding, “It’s so rare to see a woman allowed to fail on screen.”

In past productions — both studio films and low-budget indies — Mulligan said that directors have cut scenes in which her characters have done something morally objectionable.

“I was told the audience doesn’t really like it when she’s not very nice,” Mulligan said.

But Jeanette, the unhappy housewife that Mulligan plays in “Wildlife,” isn’t a villain or even a bad person. She’s frustrated by the limited opportunities afforded her in a sexist society, fed up by her husband’s inability to land a good job, and desperately hoping to shake up a life that’s become stifling and unfulfilling.

“I see her as someone who wakes up one day and realizes a great deal of time has passed…and she’s never going to be 21 again,” said Mulligan.

“Unless you show someone’s flaws, you’re not seeing the whole person,” she added.

After breaking out with 2009’s “An Education” (a film the actress initially thought she was “boring” in), Mulligan has earned a reputation for her versatility, appearing in sumptuous romances such as “The Great Gatsby” and blood-drenched thrillers such as “Drive.” Despite her artistic success, Mulligan experienced Hollywood sexism first-hand.

“There were times where I worked on films where I felt like my voice didn’t have as much clout [as male co-stars],” said Mulligan, who admits it took her some time to advocate for equal pay with the men in a picture. She initially felt so grateful to be invited to be on a film set that she was hesitant to advocate for a fair contract.

When she was offered a part in tentpole movies, it would inevitably be as “the wife of the guy that’s saving the world.” So Mulligan has gravitated more towards indies such as “Wildlife” and last year’s “Mudbound,” while also doing turns on the London and Broadway stage. Those opportunities were more artistically fulfilling, she said.

Mulligan believes that the Time’s Up and #MeToo movements and the push for pay equity are improving things for women in the business. However, she thinks that there has to be more than talk, noting that she was particularly pleased to see that the Royal Court Theatre, where Mulligan recently appeared in “Girls & Boys,” now made all employees read and sign off on a code of conduct.

“Those kind of conversations are great, but it needs to be set in stone so when you come into the workplace you know how to behave,” said Mulligan.

Throughout the course of her career, Mulligan has routinely worked with female directors such as Dee Rees (“Mudbound”), Lone Scherfig (“An Education”), and Sarah Gavron (“Suffragette”). But the actress said she’s not interested in joining their ranks by sliding behind the camera herself.

“I’m definitely not going to direct anything, probably ever, because it’s so hard,” said Mulligan. “I just don’t have the skill set for it, or the bandwidth.”

“I don’t really like Twitter,” she said. “I think it’s great for certain things. There have been times in the past when I wished I had a social media account to promote great work, but a lot of it is not massively interesting. And people can be really horrible about things.”

She added: “As an actor, you goal is to be private. There is a weird double standard: your goal is to disappear in a role, and not necessarily let the audience know every detail about you.”

She’s also not a fan of seeing her own work on the big screen. “Wildlife’s” Cannes premiere in an intimate theater was excruciating for Mulligan because she was so close to the action that she began dissecting her choices. And even though “Drive” has become a cult hit, she’s never watched the film in its entirety. She tried to see it on a plane flight once, but then disaster struck.

“The stewardess on the airplane walked past me watching myself,” she said.

Mulligan was so embarrassed that she quickly turned it off. “Drive” will have to wait for another day.