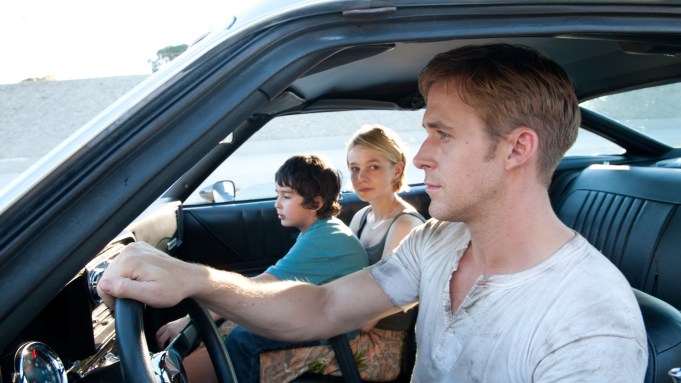 Nicolas Winding Refn’s “Drive” was one of the most acclaimed films of 2011, but one of the project’s stars will have to take the critics’ word for it.

During a conversation with Variety at the Cannes Film Festival on Thursday, actress Carey Mulligan disclosed that she’s never actually seen the L.A. pulp thriller co-starring Ryan Gosling, or at least not the final print.

“I never saw ‘Drive’ finished. I never got to do any press for it,” she said.

Mulligan, who is in the South of France to promote her new film, “Wildlife,” was working on a different project at the time of “Drive’s” release. She did, however, make an effort to see it.

“I tried on an airplane, but then someone walked past and saw me watching myself,” she said with a laugh.

In general, Mulligan isn’t a big fan of watching her own films. In 2009, prior to the Sundance debut of “An Education,” she called her mother in England after seeing a preview of the coming-of-age drama and said she was “terrible.”

“I had never seen myself on-screen that much before. I thought I was really boring to watch. It was all really weird,” she told Variety moderator Ramin Setoodeh.

Mulligan would go on to receive an Oscar nomination for her performance.

“My regret about the experience was not enjoying it,” she said of the awards campaign. “For the majority of the time, I spent my time being self-conscious.”

Variety and Kering’s Women in Motion series continues this weekend in Cannes with “Game of Thrones” and “Solo” actress Emilia Clarke.