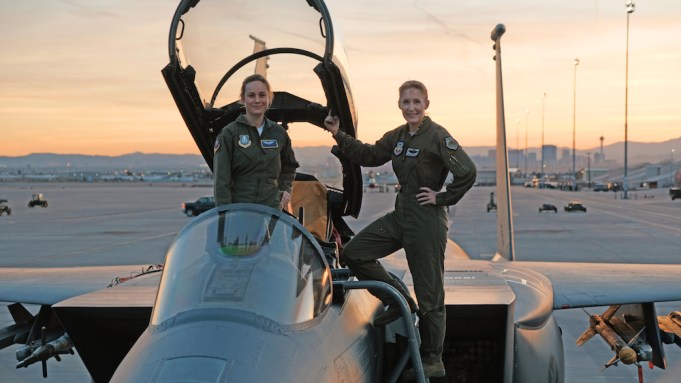 “War is a universal language,” Samuel L. Jackson’s Nick Fury tells Larson’s Captain Marvel in the trailer. “I know a renegade solider when I see one. It never occurred to me that one might come from above.”

Fury continues to narrate the footage: “Space invasion, big car chase — truth be told, I was ready to hang it up until I met you today.”

Captain Marvel’s real name is Carol Danvers, who was a pilot in the United States Air Force. Danvers becomes fused with alien DNA following an accident, and she is granted superhuman strength. In the clip, Danvers says she doesn’t remember her life before gaining her Captain Marvel powers.

“I keep having these memories,” she says. “I see flashes. I think I had a life here. But I can’t tell if it’s real.”

“Captain Marvel” is the first Marvel film to star a solo female superhero and the 21st film in the Marvel Cinematic Universe, following 2018’s “Black Panther,” “Avengers: Infinity War,” and “Ant-Man and the Wasp.” The film is written and directed by Ryan Fleck and Anna Boden, Marvel’s first female director.

Fans were only briefly introduced to Larson’s character during the post-credits scene of “Infinity War,” when she is paged by Nick Fury and her emblem appears on the device. Captain Marvel first made her comic debut in 1968.

“Captain Marvel” is set to hit theaters on March 8, 2019. Watch the full trailer above.