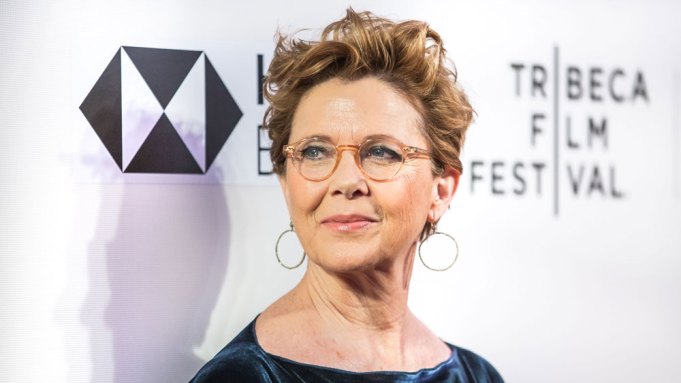 Bening will most likely play the superhero’s mom in the film.

Brie Larson stars in the titular role, with Jude Law, Ben Mendelsohn, and Gemma Chan also on board.

“Half Nelson” helmers Anna Boden and Ryan Fleck are directing, while Kevin Feige is producing the Marvel pic.

Geneva Robertson-Dworet wrote the most recent script, with “Inside Out” scribe Meg LeFauve and Nicole Perlman penning previous drafts. The tentpole follows Carol Danvers, an Air Force pilot whose DNA is fused with that of an alien during an accident. The resulting alteration imbues her with the superpowers of strength, energy projection, and flight.

The film is currently in production.

Feige announced at last year’s San Diego Comic-Con that the superhero film will be set in the ’90s, before the Avengers ever thought of assembling. Samuel L. Jackson is expected to reprise his role as Nick Fury.

“Captain Marvel” marks Bening’s first comic book movie, though she has had a full slate recently with movies that include “Film Stars Don’t Die in Liverpool” and “20th Century Women,” both of which earned her rave reviews. She will next appear in the drama “The Seagull.”

Bening is repped by CAA. The news was first reported by the Hollywood Reporter.