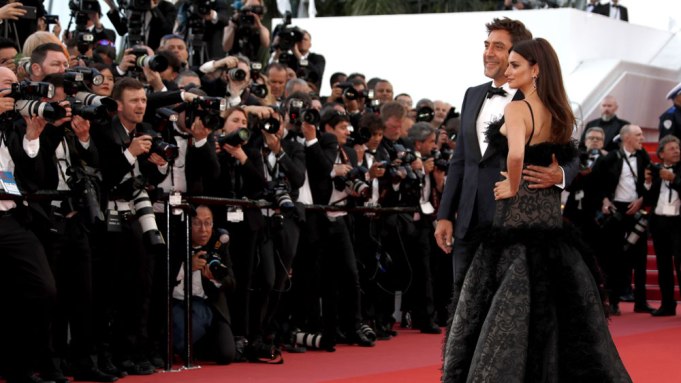 When the Cannes Film Festival announced that it was outlawing selfies from its glamorous red carpet this year, many people snickered, wondering how that would be possible. But on Tuesday night, Cannes made good on its ban at the opening night screening of “Everybody Knows.”

The red carpet started with a warning sign that indicated pictures wouldn’t be allowed. An army of security guards covered nearly every corner of the carpet, rushing at guests who even carried their phones at a suspicious angle. When I first stepped on the carpet, I tried to send a tweet. A guard came up to me, grabbed my shoulder, inspected my ticket, and told me to put my phone down.

The #Cannes2018 carpet starts with this warning about selfies. pic.twitter.com/it3Ktq1q3i

The mood on the carpet was less celebratory than usual, less like a fun party and more like a Sunday school class where the students (all dressed in tuxedos) would be punished for stepping out of line. Guests were forbidden not just of taking pictures of themselves, but also of their friends.

Some of the brave few managed to snap a split-second shot. (However, what’s the point of a blurry photo?) And as far as I could tell, phones weren’t confiscated and there were no repercussions for trying to break the rule. But the Cannes carpet was on a definite lockdown. Case in point: An elderly lady asked if she can take a picture at the top of the stairs on the Palais, and she was turned down.

Many sighed with relief after they entered the lobby and were finally able to take pictures against white tiles. One young couple asked me to take a photo of them. Did they attempt a selfie? “We tried, but they stopped us and told us to go inside,” the woman told me.