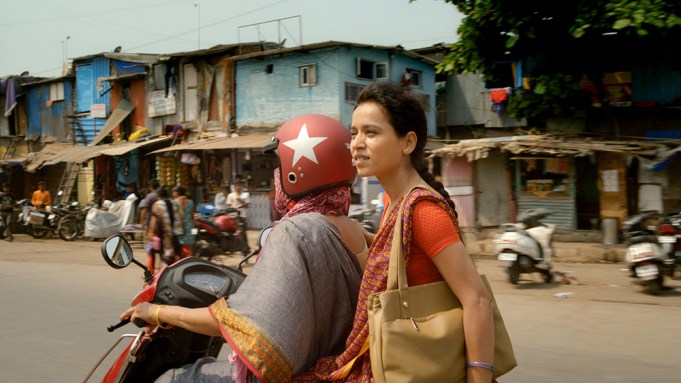 Variety has been given an exclusive clip from “Sir,” a contender for the Camera D’Or at Cannes. Rohena Gera’s debut feature film, which is playing in Critics’ Week, stars Tillotama Shome, best known for her portrayal of Alice in Mira Nair’s “Monsoon Wedding.”

“Sir” is a love story set against the backdrop of the class divide in India. It is a modern-day Cinderella story with an edge, presenting a side of Mumbai that is rarely seen in cinema and tying in with strong themes of female independence.

The film centers on Ratna, who works as domestic live-in help with Ashwin, a man from a wealthy family. “Although Ashwin seems to have it all, Ratna can sense that he has given up on his dreams and is somewhat lost,” the film’s synopsis states. “On the other hand, Ratna who seems to have nothing, is full of hope and works determinedly toward her dream. As these two worlds collide and the two individuals connect, the barriers between them seem only more insurmountable.”

Talking about the film’s origins, Gera says: “I’ve grappled with this class difference that exists in India all my life. When I was a child I lived in India and we had live-in help in the house, and that was how we grew up… I always had trouble with this dynamic, even as a child, and I didn’t really know how to understand it.”

Gera employed a romantic storyline to delve into the class issue. “A love story allowed me to explore this impossibility of crossing these class divides through a dynamic that was based on equality, and restraint,” she says.

Wong Kar-Wai’s “In the Mood for Love” was a reference point for Gera. “It is a beautiful film built on this idea of restraint and the crossing of paths of two people, who share something but aren’t able to full explore it,” she says. “There are little echoes of it in ‘Sir,’ like when they cross in the empty corridor, this is a space that embodies the idea of separation and connection at the same time. There was something about how the characters move through this space that I find very beautiful.”