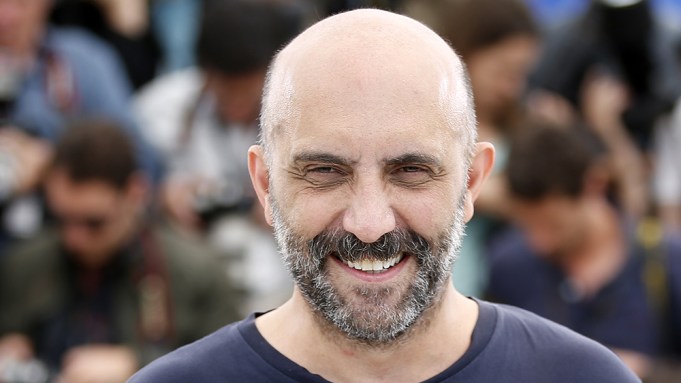 Gaspar Noe’s “Climax” has been one of the buzziest — and strangest — films to debut at this year’s Cannes Film Festival. The horror drama follows a group of street dancers, who have a seemingly normal existence until they are all drugged one night in a club. What follows is a bloodbath of psychedelic hallucinations. With the exception of Sofia Boutella, the cast of “Climax” is made up of first-time actors, who shot the film in 15 days.

Noe, who directed “Enter the Void” and the 3D sexually explicit “Love,” has been a regular on the Croisette throughout his career. He spoke to Variety about “Climax,” which screened at Directors’ Fortnight and won the top prize, why he walked out of “Black Panther,” and why movies shouldn’t be scared of male nudity.

Where do you come up with the idea for “Climax”?
When you do a movie, it comes out of many different ideas that you had. I wanted to do a movie about [drug-inspired] trips. And then on top of that, the thing that I didn’t expect was a girl invited me to a voguing ballroom in Paris in mid-December. When I saw all these boys and girls dancing, I said, “I’m visually falling in love with these young kids.” The whole movie was put together in January. We shot it in 15 days in February, and then we had two months of photos, and so the movie was conceived and delivered in four months. Usually, to make a baby, you need nine months. But the movie was done in the most instinctive way and with a collective joy.

Was the movie inspired by your own personal drug use?
My most dramatic experiences in life were linked to alcohol. People can turn so evil toward people when they’re drunk. If you take two glasses, it puts you in a good mood, but when people overdose with alcohol, people can become so stupid, so mean, so cruel. I would say the movie’s much more about alcohol than about drug use.

What drugs have your tried?
Whatever I saw could be interesting for my mind, I tried. There were so many that you won’t be able to keep all the answers. I am playing it very cool now. When I was preparing “Enter the Void,” [I thought] any psychedelic plant or drug could probably help me to prepare this psychedelic movie. Part of it was just an excuse to have a reason to try them. Sometimes you go to heavenly places. Sometimes you go to hell. And in the movie, also [there] is a vision of paradise and hell, but I don’t believe in any kind of life after death. If there’s any paradise or hell, it’s right here, right now.

Why wasn’t “Climax” playing in competition at Cannes?
Cannes is Cannes, and I’m very happy to be in the Directors’ Fortnight. It’s a different kind of energy. People don’t need to buy tuxedos to see them. There’s something stiff about being competition at eight or 10 at night. You have the worst French bourgeois going there, just to walk up the red carpet. I love Cannes, I really love it. But the bourgeois part of Cannes — it’s not my favorite part.

What films have you watched recently?
When I go to the DVD shop, I mostly buy documentaries because you learn a lot from documentaries. I mostly get bored by comedies, action movies, science fiction movies — they are so predictable.

There are several transgender actors in “Climax.” Why has Hollywood has been so reluctant to cast more transgender actors in movies?
Life is a short game. If you want to be bisexual, pansexual, do it. My movie was all about the joy of living. Do what you want. When I went for the first time to a vogue in the ballroom, it’s very gay, very transgender, very lesbian, but above all is a crazy energy that comes from their movements that is fascinating. So I said, “Well, probably the most radical people do the most radical dances.” When you cannot fight socially, you fight by dancing.

Do you think there should be more sexuality in movies?
When I went to the promotion of “Love” in America, I got the most stupid questions. Even good film critics were asking me, “Why did you need to show a penis in your movie? Why do you need to show the face of the devil?” Come on! I have a penis. The guys who were asking me those questions have a penis. Why is it in American culture, the penis is the face of all evil in this world? If your dad didn’t have one and didn’t use it with your mom, you wouldn’t be here. It’s the source of life. It’s not the source of death. Weapons are the source of death. In every American movie, there are machine guns, whatever. Even on Instagram, why can you not show an erect penis? It’s a nice part of the body, like my hand, like my nose.