Back in competition for the first time since 'Jungle Fever' in 1991, Spike Lee takes the Grand Prix. Full list of winners below. 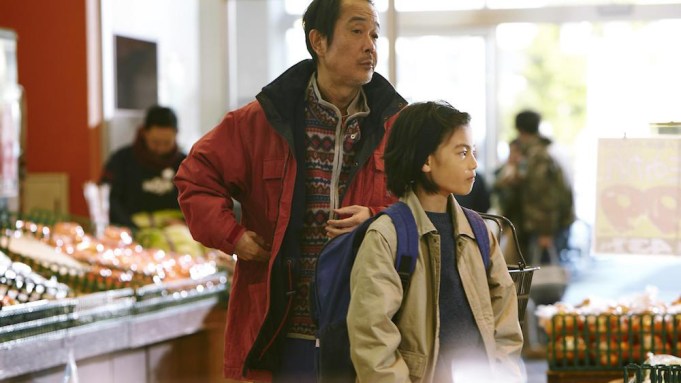 CANNES — Japanese director Hirokazu Kore-eda won the Palme d’Or at the 71st Cannes Film Festival for his film “Shoplifters,” marking just the second time this century that an Asian film has claimed the festival’s top prize (the other being Apichatpong Weerasethakul’s “Uncle Boonmee Who Can Recall His Past Lives” in 2010). A moving portrait of a self-made family whose secret ultimately jeopardizes their ability to stay together, the widely praised drama represents Hore-eda’s fifth time in competition, making him one of the few veterans in a lineup weighted toward less established directors.

American director Spike Lee won the Grand Prix for his blaxploitation-styled anti-racism satire “BlacKkKlansman,” one of just two American films in the official competition (the other, David Robert Mitchell’s poorly received “Under the Silver Lake,” went home empty-handed). After accepting the prize “on behalf of the People’s Republic of Brooklyn, New York,” Lee told the press, “Cannes was the perfect launchpad for this film. I hope the film can globally get us out of our mental slumber, and start to get back to truth, goodness, love and not hate.”

Lebanese director Nadine Labaki earned the Jury Prize for her film “Capernaum,” a wrenching neorealist portrait of a Beirut street urchin who sues his parents for bringing him into the world. She accepted the award on-stage with child actor Zain Al Rafeea, one of many young performers responsible for carrying films in this year’s festival (Palme d’Or winner “Shoplifters” also hinges on a pair of child performances).

Best actor honors went to “Dogman” actor Marcello Fonte, who plays a shrimpy small-town dog washer bullied to the point of breaking by a local thug. Considering the sheer number of strong female performances at this year’s festival, many were surprised to see best actress awarded to “Ayka” star Samal Yeslyamova, whose character — an illegal alien who abandons her newborn baby in sub-zero Moscow — certainly endures the most on-screen hardship.

Jury president Cate Blanchett announced an exceptional Special Palme d’Or to Jean-Luc Godard, who has not attended Cannes since 2004 and was therefore not present (“The Image Book” producers Mitra Farahani and Fabrice Aragno accepted on his behalf). On-stage, Blanchett described Godard as “a cinematic artist who is continually striving to define and re-define what cinema can be,” later elaborating that his film “lingered with us, confused, confounded, provoked, angered, excited us [and ultimately] influenced our perspective on the rest of the festival.”

Best director honors went to “Ida” helmer Pawel Pawlikowski for “Cold War,” a black-and-white relationship drama set against the backdrop of the Iron Curtain. The best screenplay prize was shared by Italian writer-director Alice Rohrwacher for “Happy as Lazzaro” and Iranian collaborators Jafar Panahi and Nader Saeivar for their film “3 Faces.” (The jury also went out of its way to acknowledge two filmmakers, Panahi and “Leto” director Kirill Serebrennikov, who were unable to attend the festival on account of legal woes in their home countries.)

Just before the first prize was announced, actress Asia Argento dropped a bombshell, announcing clearly and firmly to the 3,000-plus industry elites assembled in the Grand Palais Lumière, “I have a few words to say: In 1997, I was raped by Harvey Weinstein here at Cannes. I was 21 years old. This festival was his hunting ground. I want to make a prediction: Harvey Weinstein will never be welcomed here again. He will live in disgrace, shunned by a film community that once embraced him and covered up his crimes. Even tonight, sitting among you, there are those who must still be held accountable for behavior that does not belong in this industry. … You know who you are, and most importantly, we know who you are, and we’re not going to allow you to get away with it anymore.”

Her statement reinforced the idea that this particular edition of Cannes arrives in a world awakened by the #MeToo movement. Earlier in the week, Blanchett, DuVernay Stewart, Seydoux, and Nin stood together with iconic French director Agnès Varda on the steps of the Palais in a demonstration for equal pay and recognition from the film industry. Of the three women directors in competition, two earned prizes from the jury, while the third, Eva Husson, had the distinction of making the film that ranked lowest among the critics polled by Screen Daily, “Girls of the Sun.”

Speaking up on behalf of the female-driven movie at the press conference, Blanchett called it “a powerful, wonderful film that all of us hope will be seen all over the world,” adding, “By not choosing something, it doesn’t mean we disregard it. It’s a painful process.”

From the post-awards interview, it was clear that “BlacKkKlansman” was a close contender for the top prize. “Spike Lee has made a film about a quintessentially American crisis, but we all on the jury connected to it,” said Blanchett, while DuVernay enthused, “As a person who has imbibed every Spike Lee film, this had an exuberance to it that wowed me, but I went into the jury room to listen to others. I learned so much from all these folks.”

(Guy Lodge contributed to this report.)

Special Jury Prize: João Salaviza & Renée Nader Messora, “The Dead and the Others”

Society of Dramatic Authors and Composers Prize: “The Trouble With You” (Pierre Salvadori)

First Prize: “The Summer of the Electric Lion,” Diego Céspedes