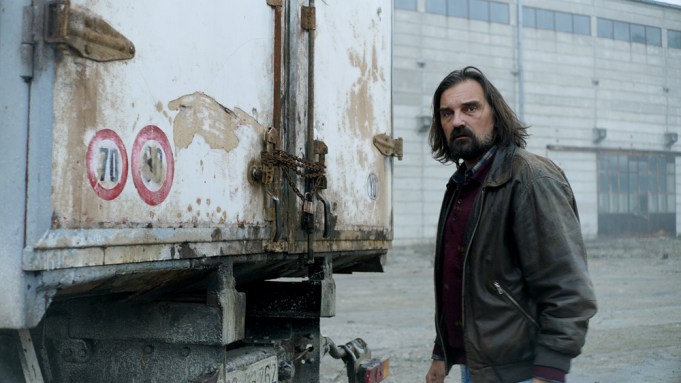 Variety has been given exclusive access to the trailer for Ognjen Glavonic’s “The Load,” which world premieres in Directors’ Fortnight at the Cannes Film Festival. New Europe Film Sales is handling international rights.

The film centers on Vlada, who works as a truck driver during the NATO bombing of Serbia in 1999. “Tasked with transporting a mysterious load from Kosovo to Belgrade, he drives through unfamiliar territory, trying to make his way in a country scarred by the war,” according to a statement. “He knows that once the job is over, he will need to return home and face the consequences of his actions.”

Throughout the film, we rarely leave the inside of the truck. “This truck is like a cocoon: it shields him from the rest of the world, but at the same time he is left all alone with his thoughts. It’s hard to understand what is really happening if you don’t have any outside perspective,” Glavonic says.

He adds: “This film is defined by two words: isolation and occupation. When he steps out of the truck cabin, he steps into a territory that’s occupied by war: the bombs, gunshots, noise, but also the fear and paranoia, which has already awakened in people. Which is why Vlada always goes back to that truck.”

The contents of the truck is kept a mystery as long as possible. “I wanted to keep them guessing for as long as I could,” Glavonic says.

The dangers of war add to the tension. “I wanted people to get this feeling of a war being fought in the background and overwhelming danger looming somewhere nearby, always around the corner,” he says.