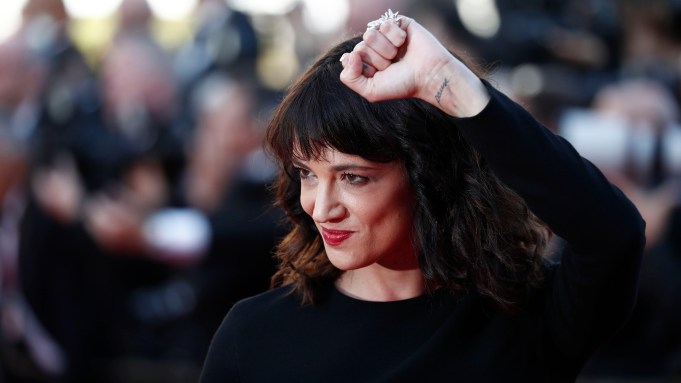 Asia Argento delivered a rousing indictment of Harvey Weinstein and, by extension, the Cannes Film Festival during the Cannes awards ceremony Saturday night.

“In 1997, I was raped by Harvey Weinstein here at Cannes,” she began during the presentation of the best actress award alongside Ava DuVernay. “I was 21 years old. This festival was his hunting ground.”

Argento acknowledged that Weinstein had received his due from the film community after his decades-long malfeasance was uncovered.

“I want to make a prediction. Harvey Weinstein will never be welcomed here ever again,” she said. “He will live in disgrace, shunned by a film community that embraced him and covered up for his crimes.”

She continued by pointing out that Weinstein was not alone in his predatory behavior, and ended by delivering the message to offenders that they will no longer be able to get away with inappropriate behavior.

Argento, an Italian actress, was one of many who came forward in the 2017 New Yorker article by Ronan Farrow that kicked off the flood of allegations against disgraced film mogul Weinstein.

Though Cannes implemented a sexual harassment hotline this year, the film festival was initially criticized for being slow to respond to the #MeToo moment. Cannes declined to update its code of conduct to explicitly outlaw harassment, instead working with the French government to create the hotline. The French film industry as a whole has been slow to take to the #MeToo movement, partly as a result of its strict libel laws, as well as differing cultural barriers.