Bradley Cooper: Tapping Into Painful Past for ‘A Star Is Born’ Was ‘Very Cathartic’ 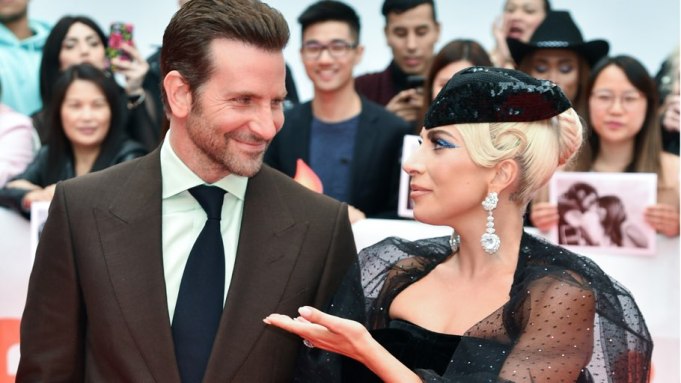 In the Oscar buzzy remake, Cooper co-stars as Jackson Maine, a rocker battling alcoholism and drug addiction as he falls in love with his musical protege Ally (Lady Gaga). The movie also marks Cooper’s directorial debut.

In 2016, Cooper revealed in an interview with Barbara Walters that he struggled with drugs and alcohol.

It’s that past that Cooper now says helped inform his work as Jackson.

“Anytime you’re trying to tell the truth you need to go to places and use things that have happened to you, or you’ve read about or experienced,” Cooper told Variety at the Toronto International Film Festival premiere. “And that’s all part of the beauty of turning whatever things you’ve gone through into a story. I find that to be very cathartic. I remember learning that in grad school, our teacher said all the insecurities, all the dark stuff you get to use that and that’s really the truth.”

At the time of the Walters interview, Cooper said he was sober from drugs and alcohol for 11 years.

As for his musical chops, Cooper learned to play guitar for the movie. And yes, that is his real voice audiences hear when he’s singing.

“Because she’s so confident and supportive I felt pretty comfortable once I got there. It gave me the guts to go out. We went to Glastonbury and got on stage in front of 80,000 people and at Stagecoach. [Lukas Nelson’s] father was kind enough to let us come on his set, Willie Nelson. It was nuts, man. As a kid you always dream of being a rock star, so, to pretend to be was pretty cool.”

If audiences forget that they’re watching Cooper and Gaga on the big screen then the “Silver Linings Playbook” star has achieved his goal. “I hope you just see the characters, that’s the point. From the opening that was one of the key things in structuring the movie and shooting it. I really want to make sure that you forgot it’s me and that you forgot it’s her right away, otherwise the story won’t work.”