‘Tomb Raider’ Opens With $12.3 Million on First Day in China 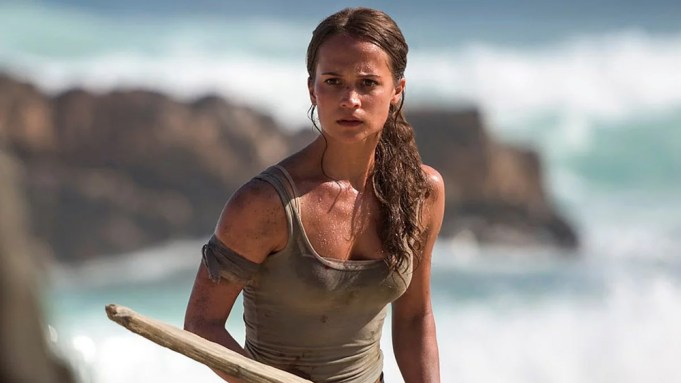 Alicia Vikander’s “Tomb Raider” has opened with a solid $12.3 million in its first day in China, taking in a 50% share of the top five films.

Warner Bros. reported Friday that “Tomb Raider” has become its fifth-highest grossing opening day in China, and surpasses by a significant margin all three films in the “Divergent” series and was double the opening of “Lucy” and 6% ahead of “Wonder Woman.” “Tomb Raider” also generated $500,000 in Thursday night previews.

Warner Bros. said “Tomb Raider” generated a total Thursday gross of $5.7 million on approximately 16,325 screens in 46 territories, which brought the international running total to $24.7 million. The action-thriller opened in nine markets last weekend and is opening Friday in another 19 markets including China, Spain, Scandinavia and Mexico.

“Tomb Raider,” Warner Bros. and MGM’s adaptation of the popular video game, has been projected to take in about $25 million from 3,842 locations this weekend in North America.  That will challenge the fifth frame of Disney-Marvel’s mega-hit “Black Panther,” which will likely finish in the same territory domestically.

Vikander stars as archaeologist Lara Croft, who embarks on a journey to solve the mystery of her father’s disappearance. Based on the 2013 game, the film is directed by Roar Uthaug and written by Geneva Robertson-Dworet and Alastair Siddons, from a story by Evan Daugherty and Robertson-Dworet. The cast also includes Dominic West, Walton Goggins, and Daniel Wu.