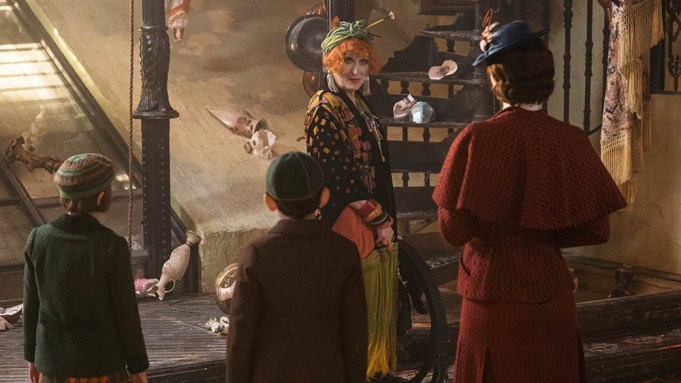 “Mary Poppins Returns” is off to a magical start, earning $4.8 million from 3,900 theaters on its first day of release.

Emily Blunt stars as the magical nanny in the sequel, which is expected to make around $55 million during the Wednesday to Sunday frame and a $75 million domestic haul by Christmas Day. December releases traditionally see smaller opening weekends that tend to leg out during the holidays as audiences turn out in droves during the week. It’s the first time since 2014 that a “Star Wars” movie hasn’t carried the end of the year, so studios are hoping a number of titles can help carry the weight.

Rob Marshall, the filmmaker behind movie-musicals such as “Chicago” and “Into the Woods,” directed the film, which cost $130 million before a global marketing push. It features all new music from Marc Shaiman and Scott Wittman.

“Mary Poppins Returns” is getting a head start on one of the busiest times of year for moviegoing. Friday sees the release of “Aquaman,” “Bumblebee,” “Welcome to Marwen,” and “Second Act.”