Continue to Variety SKIP AD
You will be redirected back to your article in seconds
Jul 13, 2018 1:01pm PT 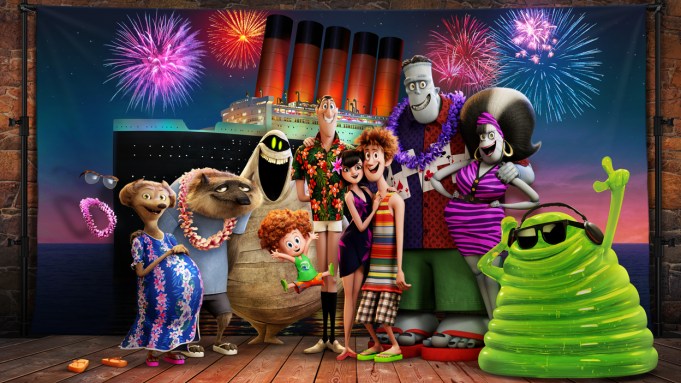 “Hotel Transylvania 3” will finish in the middle of forecasts with projections between $40 million to $44 million at 4,267 sites, while “Skyscraper” should finish at about $23 million — well below recent projections in the $33 million to $40 million range. “Skyscraper” looked likely to finish in a distant third place behind the second weekend of Disney-Marvel’s “Ant-Man and the Wasp,” which is expected to decline 59% to $31 million.

“Hotel Transylvania 3: Summer Vacation” is the first animated comedy to open since Disney-Pixar’s “Incredibles 2” launched on June 15. “Incredibles 2” has become a smash hit and should finish the weekend at about $534 million domestically.

The downbeat performance of “Skyscraper,” opening at 3,782 North American locations, may have resulted from the frequency of Johnson-starring roles in multiplexes this year. Johnson’s comedy-adventure “Jumanji: Welcome to the Jungle” was a major hit, earning $961.8 million at the worldwide box office for Sony. His action-adventure “Rampage” performed respectably during the spring with $425.7 million worldwide for Warner Bros.; it opened with $35.7 million domestically, which was well above first-day estimates.

“Skyscraper” stars Johnson as a former FBI agent and amputee who is head of security at Hong Kong’s tallest skyscraper. When the 240-story building comes under attack by terrorists and Johnson’s character finds himself framed — with his family trapped above the fire line — he responds by climbing 100-story tower cranes. “Central Intelligence” helmer Rawson Marshall Thurber directs “Skyscraper.”

“Hotel Transylvania 3” has the highest Rotten Tomatoes score of the trio, averaging 59%. The first film landed a 44% rating, and the second fared slightly better with 55%.

“Ant-Man and the Wasp,” which debuted with $75.8 million last weekend, should finish the weekend with about $134 million domestically in its first 10 days. Disney’s fifth weekend of “Incredibles 2” and Universal’s fourth frame of “Jurassic World: Fallen Kingdom” will be battling for fourth place in the $15 million range.